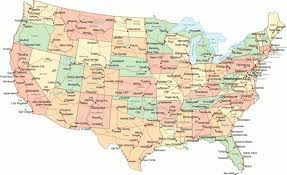 As I noted in the post on day three of our vacation, the face of America is changing rapidly and the "real Americans" look far different than the fantasy image that the Republican Party and its racist/Christofascist base.  I for one  - unlike the angry, extremest base of the far right/GOP - am not threatened by those who look different from me and/or who have allegiances to other faith traditions so long as they are likewise accepting of others.   A column in the New York Times looks at what real Americans look like.  Here are excerpts:

Is America in 2013, in any meaningful sense, the same country that declared independence in 1776?

The answer, I’d suggest, is yes. Despite everything, there is a thread of continuity in our national identity — reflected in institutions, ideas and, especially, in attitude — that remains unbroken. Above all, we are still, at root, a nation that believes in democracy, even if we don’t always act on that belief.
And that’s a remarkable thing when you bear in mind just how much the country has changed.

America in 1776 was a rural land, mainly composed of small farmers and, in the South, somewhat bigger farmers with slaves. And the free population consisted of, well, WASPs: almost all came from northwestern Europe, 65 percent came from Britain, and 98 percent were Protestants.

America today is nothing like that, even though some politicians — think Sarah Palin — like to talk as if the “real America” is still white, Protestant, and rural or small-town.

But the real America is, in fact, a nation of metropolitan areas, not small towns. Tellingly, even when Ms. Palin made her infamous remarks in 2008 she did so in Greensboro, N.C., which may not be in the Northeast Corridor but — with a metropolitan population of more than 700,000 — is hardly Mayberry. In fact, two-thirds of Americans live in metro areas with half-a-million or more residents.

What do we do in these dense metropolitan areas? Almost none of us are farmers; few of us hunt; by and large, we sit in cubicles on weekdays and visit shopping malls on our days off.

And ethnically we are, of course, very different from the founders. Only a minority of today’s Americans are descended from the WASPs and slaves of 1776. The rest are the descendants of successive waves of immigration: first from Ireland and Germany, then from Southern and Eastern Europe, now from Latin America and Asia. We’re no longer an Anglo-Saxon nation; we’re only around half-Protestant; and we’re increasingly nonwhite.

Yet I would maintain that we are still the same country that declared independence all those years ago.

Of course, our democratic ideal has always been accompanied by enormous hypocrisy, starting with the many founding fathers who espoused the rights of man, then went back to enjoying the fruits of slave labor. Today’s America is a place where everyone claims to support equality of opportunity, yet we are, objectively, the most class-ridden nation in the Western world — the country where children of the wealthy are most likely to inherit their parents’ status. It’s also a place where everyone celebrates the right to vote, yet many politicians work hard to disenfranchise the poor and nonwhite.

But that very hypocrisy is, in a way, a good sign. The wealthy may defend their privileges, but given the temper of America, they have to pretend that they’re doing no such thing. The block-the-vote people know what they’re doing, but they also know that they mustn’t say it in so many words. In effect, both groups know that the nation will view them as un-American unless they pay at least lip service to democratic ideals — and in that fact lies the hope of redemption.