Was The American Revolution A Flop? 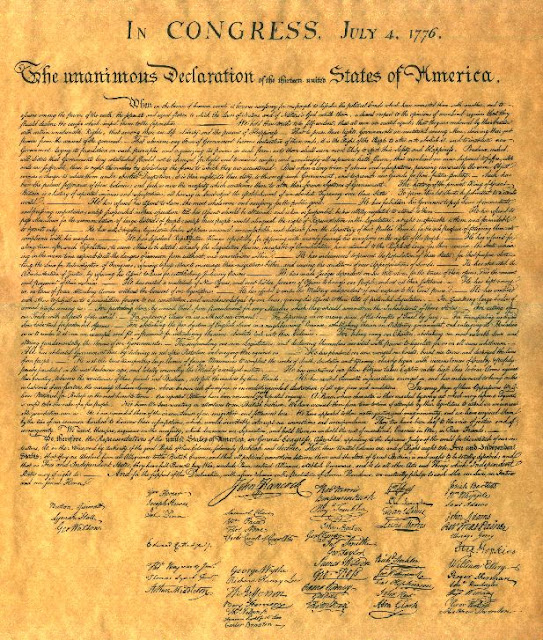 The mere title to this post will cause hysteria amongst the chest beating uber- patriot crowd who constantly proclaim that America is the greatest nation on earth,  regardless of many statistics that suggest otherwise - e,g., our life expectancy is less than in a number of developed nations, our infant mortality is much higher than in many countries, our prisons are overflowing, many of our citizens have inferior legal rights compared to in some nations, a fact known all too well by gays, etc.,  But the post title does raises some much needed questions that a true American patriot might want to ask himself/herself.  Sometimes being patriotic means not being the mindless cheerleader and instead asking questions some would prefer not be asked and/or exposing America's sins.  A column in the Washington Post looks at the results of the American Revolution from a foreign perspective.  Here are highlights:

The easiest way of assessing whether the United States would have been better off without its revolution is to look at those English-speaking countries that rejected the American Revolution and retained the monarchy, particularly Canada, which experienced an influx of American refugees after the British defeat. The U.S. performance should also be assessed against the ideals the new country set for itself — namely, advancing life, liberty and the pursuit of happiness.

The new republic started advancing life and liberty by keeping a substantial part of its population enslaved. (This, at least, proves the frequent British put-down that Americans don’t have a sense of irony.) By contrast, in British-controlled Canada, the abolition of slavery began almost 20 years before the War of 1812, sometimes called America’s “Second Revolution.” A good number of free blacks fought with the British against the United States in that conflict, even participating in the burning of Washington. And if, as some scholars argue, the Civil War was the unfinished business of the American Revolution, then Americans — like the Russians — paid a very high human cost for their revolutions.

[T]he International Centre for Prison Studies ranks the United States ranks first in the world in the number of prisoners per 100,000 residents. That’s well ahead of Canada (which ranks 136th) and even Russia. The U.S. incarceration rate for African American men, which is about six times higher than that of white men, according to 2010 data from the Bureau of Justice Statistics, points to yet more unfinished business.

Most Americans work longer hours and have fewer paid vacations and benefits — including health care — than their counterparts in most advanced countries. Consider also that in the CIA World Factbook, the United States ranks 51st in life expectancy at birth. Working oneself into an early grave does not do much for one’s happiness quotient. This year the United States tied for 14th in “life satisfaction” on an annual quality-of-life study by the Organization for Economic Cooperation and Development. That puts the United States behind Canada (eighth) and Australia (12th).


Which brings us to the related matter of the revolution’s long-term impact on politics. While the Canadian, Australian and British governments have shown they can get things done, including passing tough austerity budgets in recent years, the norm in Washington has become paralyzing partisanship and gridlock.

In these senses, the American Revolution was a flop. Perhaps it’s time for Americans to accept that their revolution was a failure and renounce it. (For their part, many Russians have.)

Alternatively, rather than being wedded to every practice or institution that arose from the revolution, however counterproductive or dysfunctional today, perhaps Americans can rekindle some of the boldness of the nation’s Founders to create a “more perfect” and happier union.

Last Fourth of July, while I visited sweltering-but-beautiful Washington, I came across an inscription in the Jefferson Memorial in which the third president warned against allowing institutions to calcify: “I am not an advocate for frequent changes in laws and constitutions, but laws and institutions must go hand in hand with the progress of the human mind. . . . [W]ith the change of circumstances, institutions must advance also to keep pace with the times.”

I am not anti-American.  In many ways America IS a great country.  But it could be much better.  The best honor and respect that we can show to the Founding Fathers is to continue their work to make America keep pace with the times and changing knowledge and circumstances.  The irony is that nowadays those who are the biggest obstacles to this are those who claim loudly to love America the most.  Yes, you guessed it.  The GOP base, the Tea Party and, of course, the Christofascists who are the antithesis of what Jefferson, et al, believed.