The Death Toll from Homophobia and Family Rejection 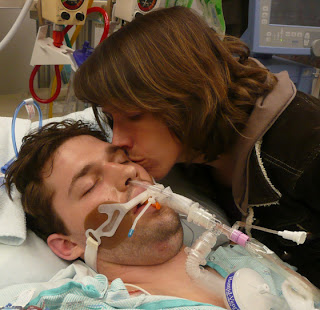 With a new grandson of my own I am not surprisingly reminiscing about the births of my own three children and how the center of my whole world changed with their arrival into my life.  When speaking to my daughter yesterday, I teased her that now she would understand a parent's worry about their child and perhaps understand better the things that I and my former wife did to keep them safe and happy.  Sadly, some parents don't seem to get that message and, worse yet, reject their children out of slavish belief in ancient myths s that modern knowledge increasingly disproveand the propaganda of those who blogger friend Bob Felton calls the "holy men" whose number one concern is power and control over their congregations.  These "holy men" are the antithesis of family and proper parental love and support for ones children.   Here are two quotes from Albert Mohler of the Southern Baptist Convention that make this point:

As the Gospels make clear, loyalty to Christ exceeds that of any family commitment, . . .

The believer in Christ acknowledges him as Savior and Lord, with an allegiance that exceeds any earthly commitment.

Bob goes on to correctly note in the context of the Supreme Court gay marriage rulings that the only thing impacted is as follows: "All that is marginalized and subverted is the power of the clergy — and that’s a good thing."

As note, too many people continue to cling to the lies and bullshit peddled by despicable, power hungry individuals like Mohler who in the final analysis don't give a damn about others.  And the consequences of such unthinking and foul allegiance to the rants of the holy men has all too often deadly consequences. A piece in Huffington Post reveals how one set of parents learned this the hard way and lost their son - their refusal to accept his homosexuality basically killed him in the end - as a consequence.  Religion and "faith" are too often a toxic evil and anything but a "common good" as claimed by Pope Francis.  Here are article highlights:

On the night of Nov. 20, 2001, a conversation held over Instant Messenger changed our lives forever. Our 12-year-old son messaged me in my office from the computer in his bedroom.

We were completely shocked. Not that we didn't know and love gay people; my only brother had come out to us several years before, and we adored him. But Ryan? He was unafraid of anything, tough as nails and all boy. We had not seen this coming, and the emotion that overwhelmed us, kept us awake at night and, sadly, influenced all our reactions over the next six years was fear.

We said all the things that we thought loving Christian parents who believed the Bible, the Word of God, should say:

We love you. We couldn't love you more. But there are other men who have faced this same struggle, and God has worked in them to change their desires. We'll get you their books; you can listen to their testimonies. And we will trust God with this.

We thought we understood the magnitude of the sacrifice that we -- and God -- were asking for. And this sacrifice, we knew, would lead to an abundant life, perfect peace and eternal rewards. Ryan had always felt intensely drawn to spiritual things; He desired to please God above all else. So, for the first six years, he tried to choose Jesus. Like so many others before him, he pleaded with God to help him be attracted to girls. He memorized Scripture, met with his youth pastor weekly, enthusiastically participated in all the church youth group events and Bible Studies and got baptized. He read all the books that claimed to know where his gay feelings came from . . . .

But nothing changed. God didn't answer his prayer, or ours, though we were all believing with faith that the God of the Universe, the God for whom nothing is impossible, could easily make Ryan straight. But He did not.

Basically, we told our son that he had to choose between Jesus and his sexuality. We forced him to make a choice between God and being a sexual person. Choosing God, practically, meant living a lifetime condemned to being alone. He would never have the chance to fall in love, have his first kiss, hold hands, share intimacy and companionship or experience romance.

Suddenly our fear of Ryan someday having a boyfriend (a possibility that honestly terrified me) seemed trivial in contrast to our fear of Ryan's death, especially in light of his recent rejection of Christianity and his mounting anger at God.

Now, when I think back on the fear that governed all my reactions during those first six years after Ryan told us he was gay, I cringe as I realize how foolish I was. I was afraid of all the wrong things. And I grieve, not only for my oldest son, whom I will miss every day for the rest of my life, but for the mistakes I made. I grieve for what could have been, had we been walking by faith instead of by fear. Now, whenever Rob and I join our gay friends for an evening, I think about how much I would love to be visiting with Ryan and his partner over dinner. But instead, we visit Ryan's gravestone.

We weep. We seek Heaven for grace and mercy and redemption as we try not to get better but to be better. And we pray that God can somehow use our story to help other parents learn to truly love their children. Just because they breathe.

What is so troubling about this story is that Ryan's torment and ultimate death is not unique.  I lived with self-hate for years and only got over it when I opened my eyes and realized that all of the teachings I had received from the Catholic Church on sexuality were lies promulgated by morally bankrupt men who were little better than criminals given the cover ups exposed when the sex abuse scandal exploded in Boston.  Unlike Ryan, I had parents who never wavered in their support of me and who welcomed my boyfriends with open arms. Unfortunately, many LGBT individuals never get over the brainwashing and self-hate.  Two friends ultimately killed themselves and another became a debilitated alcoholic.  All because their families could not let go of ignorance and myths derived from Bronze Age nomads.

Again, the irony is that the Christofascists claim that gays and gay marriage threaten marriage and the family, yet is they themselves who constitute the larger threat.  Gays don't advocate for the rejection of family members, whereas the Christofascists do.  They have so much blood on their hands.  They are evil.

Jesus was a kind and tolerant soul who accepted people. I don't understand the Christian hate and intolerance, which is why I left the church many years ago.