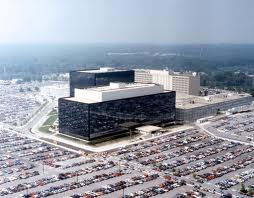 As Edward Snowden continues to search for a country that will grant him amnesty and protection against extradition to face the wrath of the Obama administration which is deeply pissed off that the magnitude of domestic spying has been made public, Glenn Greenwald - who broke the initial NSA spying story - says another bombshell will soon be dropped.   Politico looks at Greenwald's statements about more disturbing information to come.  Here are excerpts:

Although Greenwald wouldn’t reveal exactly what the new revelations are, he said the world “will be shocked.”

“I will say that there are vast programs, both domestic and international spying, that the world will be shocked to learn about, that the NSA is engaged in with no democratic accountability and that’s what driving our reporting,” Greenwald said.

“I think what the Obama administration wants, and has been trying to establish for the last almost five years now with the unprecedented war on whistleblowers that it is waging, and to make it so that everybody is petrified of coming forward with information about what our political officials are doing in the dark that is deceitful, illegal or corrupt,” Greenwald said.