Feel the Love: Your Friendly GOP State Senator and a Pastor Advocating Death to Gays 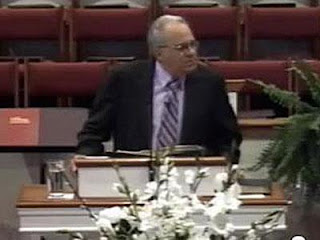 The hate and utter vileness of the "godly Christian" folk is at times frightening.  During the last week this blog looked at the anti-gay bullying induced suicide of a 14 year old Iowa boy.  Just days later Republican Iowa State Senator Dennis Guth went on an anti-gay tirade on the opening day of the Iowa legislature as a Queerty article reports in part here:

“The media, for the most part, has bamboozled us into thinking that having a relationship outside of the boundaries of monogamous, heterosexual marriage is positive, happy and fulfilling,” Guth said. “Movies, television shows, articles and magazines abound with this theme, giving partial information to vulnerable audience: our children.”

“There are health risks that my family incurs because of the increase of sexually transmitted infections that this [gay] lifestyle invites. For example, there are more and more medical tests required before giving blood or giving birth.”  .   .   .   .  “It saves lives to have honest communication not only about the sexually transmitted diseases that shorten lifespans, but also about the deep loneliness that accompanies a life based on youth, beauty and sex.”

Where does this hate, venom and flat out untruths come from?  The church pulpits, of course.  And dishonest "family values" organizations that are increasingly nothing short of hate groups.  But back to the poison spread from the church pulpits.  The Advocate has an article from last year that captures the viciousness well.  The particular case highlighted involves Pastor Charles Worley (pictured above) of, Providence Road Baptist Church, in Maiden, North Carolina, but the toxic message is repeated from pulpits all across America.  Here are highlights from The Advocate piece that look at Worley's call for gays and lesbians to be place in concentration camp and left to die:

Pastor Charles Worley of Maiden, N.C.'s Providence Road Baptist Church recently told his congregation that lesbians and "queers" should be rounded up, placed in camps with electrified fencing, and left to die.

Worley believes that placing gays in camps will ensure homosexuality dies out since gays "don't reproduce." Worley isn't apologizing for his sermon, saying,"We offer NO apologies in believing the King James Version (KJV) of the Bible is the inerrant Word of God. If you live in this area or are ever passing through, I invite you to come visit with us at Providence Road Baptist Church."

If anyone publicly and proudly advocated for the murder of blacks, Jews, and others, decent people would walk away.  But not your Christofascists.  They congratulate themselves on their piety and "godliness" as they call for the death of other citizens.    There is a reason why I call these folks the Christian Taliban.  They are evil and decent people need to ostracize them and have nothing to do with them.