ENDA to be Re-introduced Tomorrow 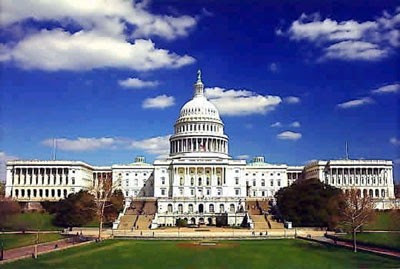 In addition to marriage rights, one of the most pressing civil rights needs of LGBT Americans in a majority of the states - Virginia included - is employment non-discrimination protections.  In recognition of this pressing need, the Employment Non-Discrimination Act ("ENDA") will be re-introduced in the House of Representatives and the U. S. Senate tomorrow.   While polls indicate that a majority of Americans support such employment non-discrimination protections, they are anathema to the Christofascists and their political puppets in the Republican Party.  With he introduction of ENDA it may provide an opportunity to call the bluff of the Christofascists who claim they are only seeking to "protect marriage" even though their agenda aims at stigmatizing gays on all fronts. The Washington Blade sums up this situation well in its coverage,  Here are some highlights:

The Employment Non-Discrimination Act is set to be introduced in both chambers of Congress on Thursday, according to multiple sources, but without major changes that were previously under consideration.

The bill will be reintroduced in the House by Rep. Jared Polis (D-Colo.), the most senior openly gay member of the chamber, who’s taking over the legislation now that former Rep. Barney Frank has retired. In the Senate, the legislation will be reintroduced by Sen. Jeff Merkley (D-Ore.). The lawmakers’ offices confirmed they would introduce ENDA concurrently on Thursday.

The Senate version of the bill will have five original sponsors: Merkley and lesbian Sen. Tammy Baldwin (D-Wis.) will be two Democrats, Sens. Mark Kirk (R-Ill.) and Susan Collins (R-Maine) will be two Republicans and Senate Health, Education, Labor and Pensions Committee Chair Tom Harkin (D-Iowa) will round out the quintet.

The number of original co-sponsors in the House remains to be seen.  .   .   .   .  Tico Almeida, president of Freedom to Work, said his organization will push for a committee vote and movement on the Senate floor for ENDA “as soon as possible.”   “ENDA had a recent committee hearing where not a single Republican senator bothered to show up to express any opposition or even ask questions about the drafting of the bill, so I think Chairman Harkin should schedule the committee vote on ENDA as soon as possible in May or June,” Almeida said. “It would be great to have ENDA teed up to go to the Senate floor in July.”

Almeida said the time period immediately after Supreme Court decisions are expected on California’s Proposition 8 and the Defense of Marriage Act would make July an excellent opportunity for a floor vote on ENDA, which would ban anti-LGBT employment discrimination.

“After the Supreme Court rules in the Windsor marriage case, many right-wingers are going to denounce marriage equality for same-sex couples, but claim that they don’t believe in discrimination against LGBT Americans,” Almeida said. “That’s the time when we should call some of those bluffs by putting ENDA on the Senate floor and letting all 100 senators go on the record about whether hardworking Americans should get fired just because of who they are or who they love.”

As ENDA advances, many eyes will be on the U.S. senators who’ve recently come out for marriage equality, but haven’t yet articulated a position on the legislation.

As many readers know, after I came out I was forced from my former law firm when it merged with another law firm.  These homophobes believed that a gay partner would be :offensive to the sensibilities of their conservative clients."  Since neither Virginia or federal law provided me with any protections, I was basically totally screwed.  The irony is that since starting my own firm, my client base of Hindu and Muslim clients has grown exponentially.   Does this indicate that Christofascists are more bigoted and anti-gay than average Hindus and Muslims?