Deported For Being Too Handsome 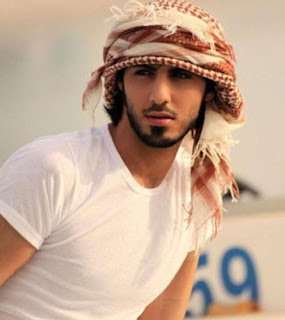 This blog often focuses on the batshit craziness of the Christofascists.  But the godly Bible beaters do not have a monopoly on craziness or prudishness (even as they flock to online porn sites in secret, especially in the Bible Belt).  Recent actions by the government of Saudi Arabia are a case in point.  Reportedly, three men  - including Omar Borkan Al Gala pictured above and below - have been deported from the country.  Their offense?  Being too handsome and comely and, thus, an improper temptation for the sexually oppressed Saudi women.  Dlisted looks at the insanity which is what one would more likely expect from the bitches at Concerned Women for America, the shrews at American Family Association or One Million Bitches Moms.  Here are highlights:

Omar Borkan Al Gala, one of the hot pieces who was deported from Saudi Arabia for being too sexy for his country.

Saudi Arabia allegedly kicked Omar out of their country and sent him back to Abu Dhabi.  .   .   .   .   A few weeks ago, it was reported that the Commission for the Promotion of Virtue and Prevention of Vices in Saudi Arabia deported three dudes from the UAE for being "too handsome," because they were afraid that "female visitors would fall for them."

The dudes were in town for the annual Janadriyah Festival and they were there as delegates for a stand promoting the UAE. Asiantown (via Jezebel) says that one of those alluring pieces of pussy flypaper is model, actor, poet, photographer Omar Borkan Al Gala (more like, Omar Porkme, right?). Omar hasn't confirmed or denied that he was deported, but it's pretty obvious that he was. I mean.

Perhaps the story is a joke, but it sounds just a little too crazy, which means is likely true given the craziness of the fundamentalist Muslims who are pretty much the same page as the Christofascists when it comes to all things sexual.  Both of these groups need serious mental health care intervention in my view. 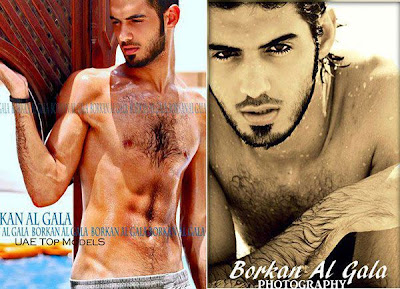