Obama Steps in It Again in Inaugural Benediction Presenter Choice 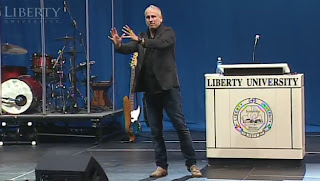 One has to think that someone on the Obama staff needs to be seriously fired for not vetoing the selection of Rev. Louie Giglio  - a documented anti-gay bigot - to deliver the benediction prayer at the January 21, 2013 inaugural ceremony.  Especially since by some calculation it was the LGBT vote that clinched Obama's re-election.  Are these folks simply incompetent or have they only pretended to be pro-gay in order to garner votes and, of course money.   Either way, they have flipped the middle finger to LGBT Americans.   Let's be clear: Obama needs to tell Giglio to take a hike and select someone else to deliver the benediction.  BuzzFeed looks at the hornets nest that Obama's incompetent staff has stirred up:

The White House on Wednesday was refusing to address comments critical of gay and lesbian people made by Rev. Louie Giglio, who was tapped by President Barack Obama to deliver the benediction prayer at the Jan. 21 inaugural ceremony.

Think Progress reported that Giglio, an Atlanta pastor, made comments in a mid-1990s sermon criticizing "the aggressive agenda of not all, but of many in the homosexual community."


The inaugural invitation is not Giglio's first interaction with Obama. He also was one of the president's guests at the White House's 2012 Easter prayer breakfast, according to the White House pool report from the April 4, 2012 event.

This past November, Giglio served as the convocation speaker at the Jerry Falwell-founded Liberty University. Although he did not address homosexuality in the speech, he did strongly urge visiting high-school students to attend the college known for its strict policies against homosexual behavior and spoke about the positive influence Falwell has had on his life.

The questions about Giglio come as the administration is still fending off criticism about comments former Sen. Chuck Hagel — now Obama's nominee for defense secretary — made that Clinton administration nominee James Hormel was too "aggressively gay" to serve as ambassador to Luxembourg.

Both the White House and committee organized to run Obama's inauguration ceremonies later this month refused to comment Wednesday on the remarks reported by Think Progress, in which Giglio said: "That movement is not a benevolent movement, it is a movement to seize by any means necessary the feeling and the mood of the day, to the point where the homosexual lifestyle becomes accepted as a norm in our society and is given full standing as any other lifestyle, as it relates to family."

This is not the first time questions have been raised about those giving public prayers at Obama's big events. Before Obama even took office, his choice of Rick Warren to give his inaugural invocation created what Huffington Post's Sam Stein called Obama's "first real rift with progressives" at the time.


As I said, Obama needs to get his head out of his ass and tell Giglio that he is dis-invited and find someone non-offensive to give the inaugural benediction.  Better yet, he could scrap the  benediction all together. 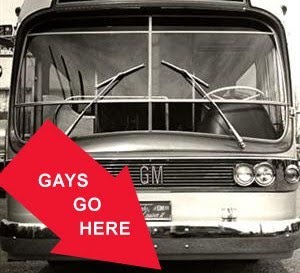