As I have noted before, one of the things I am most proud of since first coming out and beginning to build a new life is my contribution to the founding of Hampton Roads Business OutReach ("HRBOR"). HRBOR first officially launched in May, 2007, and the first "Third Thursday" business networking event occurred in June, 2007.  The 5th anniversary of the launch of Third Thursdays will take place on Thursday, June 21, 2012, and we have a spectacular venue - the Harrison Opera House in Norfolk pictured below - and great event sponsors: SunTrust Bank, Distinctive Event Rentals and The New Leaf floral shop.  I  hope local readers will attend this FREE event whether they own a business or not. That's right, admission is free and there's plenty of parking. Here are more details:


What: 5th Anniversary Extravaganza & Membership Drive for HRBOR!! Bring your friends, business affiliates, associates, and anyone interested in Building Equality within business as we honor the founding members and look to current as well as prospective members for the future growth within the community.New and renewing members will receive a 25% discount on membership in honor of HRBOR's 5th Anniversary. 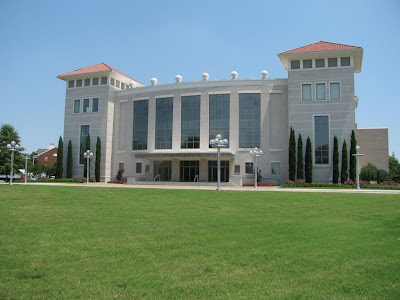