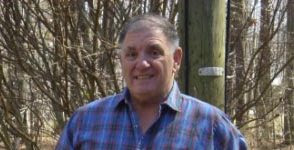 Give the nature of my law practice and the upscale nature of the boyfriend's salon clientele, it's sometimes easy to forget the very frightening Neanderthals that inhabit Hampton Roads, especially in Chesapeake and some of the more rural areas.  I received a harsh reminder of the near life threatening hate harbored by some who claim to be "godly Christians."   A case in point is a comment left on a post about the Tracy Thorne-Begland judicial appointment controversy in which the Richmond Circuit Court judges - at the urging of all of the five Virginia based mega law firms - appointed Tracy to a General District Court judgeship.  The author of the comment? The Rev. Donald Spitz (pictured above left), a Chesapeake based anti-abortion extremist who has been written up by the Southern Poverty Law Center.   Among other things, Spitz stated in his comment (which I did NOT publish):

Sodomites like Thorne-Begland belong in prison not on the bench. Homosexuals commit crimes against God, against nature, against the Holy Bible and against the human race.

After last year's Hampton Roads Pride event in Town Point Park in downtown Norfolk on the waterfront, Spitz nearly blew a gasket and ranted that Town Point Park had been taken over by sodomites who he says are worthy of death.  He also accused gays of being sexual predators of children and lambasted members  of Norfolk City Council "who did zero to stop this sodomite pollution to our city and to our children."   But Spitz's hatred isn't limited to gays.  He advocates the murder of abortion providers and the bombing of abortion clinics.  And he's moved on to adding racism to his resume as the SPLC noted some years back:

The Rev. Donald Spitz has never been a pleasant man. Considered a wild-eyed extremist even among his colleagues on the radical anti-abortion scene, the head of Pro-Life Virginia and long-time principal of the Army of God Web site (armyofgod.com) applauds the murderers of physicians, clinic workers and secretaries.

He rails against "filthy faggots" and "lesbos." Islam is "Satanic," Arabs are "Rag-Heads," and Muslims "should not be allowed to live in the United States." New York City is a "sex perverted cesspool" that richly deserved Sept. 11.

But there is one type of vicious group hatred Don Spitz has always denied — the "false accusations of racism" against blacks "put out by desperate babykilling abortionists." If a black man accepts Christ, "then that man is my brother."  Well, maybe. And maybe not.

This summer, on the Web site long run by Spitz, a remarkable series of headlines began to appear under "Current News Stories for Christians." To almost anyone but Spitz, these racy one-liners reflect the crudest kind of racism.

"African-American on bike randomly shoots people," screams one link to a legitimate news story. "83 Year old White Woman beaten to death by three African-Americans," says another. "African-American Killed her," a third reads under photos of the principals, "because she was White and her parents 'didn't allow her to have sex with a black man.'" And the list goes on.

With representatives like Spitz, it's little wonder why the under 30 generations of Americans are deserting institutional Christianity in droves.


And like most of his Christofacsist brethren, Spitz seems to have an utter contempt for the U. S. Constitution  and its guarantee of freedom of religion to ALL citizens, not just the Christofascists.  If one wants a glimpse of what America would be like under the rule of Spitz and his fellow Christianists, one need only look to this story out of Pakistan where the Islamic version of Spitz and his fellow hate merchants continue to cost innocent lives:

A popular female Pakistani singer who defied the Taliban's decree against singing and dancing was shot and killed in northwest Pakistan Monday night, police and hospital officials told CNN.


Ghazala Javed, who recorded scores of songs in her native Pashto language and became a household name among young, progressive ethnic Pashtuns in northwest Pakistan, had just left a beauty salon and was driving home with her father when gunmen on a motorcycle raced towards their car and sprayed it with bullets, Altaf said.

Javed was hit with six bullets and pronounced dead at a hospital in Peshawar, the capital of Pakistan's Khyber-Pakhtunkhwa province, according to hospital official Rahim Afridi. Javed's father also was killed, police said.

In recent years the rise of the Pakistani Taliban in the region and the group's ban against singing and dancing made it difficult for Javed and other musical artists to perform and record songs in Pakistan. Javed recorded and taped many of her latest songs and music videos in nearby Dubai.

Last year Javed made headlines when she asked for a divorce from her husband after she reportedly found out that he had at least one other wife. It was a rare decision in a deeply conservative and male-dominated society where many view a woman's demand for a divorce as a dishonor to the husband. 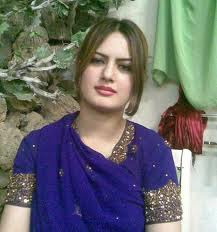 Javed is pictured above.  Fundamentalist religion of whatever label is an evil.   Individuals like Spitz are, in my opinion, a clear and present danger to the rule of law and constitutional government.  His advocacy of what amounts to terrorism is indeed scary.
Posted by Michael-in-Norfolk at Wednesday, June 20, 2012