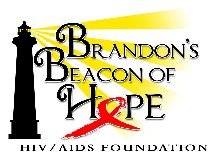 This past weekend down at OBX Pridefest offered the boyfriend and me a great time as we had the opportunity to meet new people and also socialize with numerous friends from Hampton Roads who likewise made the trip down.  We drove back this morning and had a wonderful time last night at the cabaret production put on by the cast of The Lost Colony , one of the sponsors of OBX Pridefest, as well as Dame Edna's show. As a group the cast from The Lost Colony included very talented young people and, yes, some of the cast are gorgeous - one young man bore a striking resemblance to Baptiste Giabiconi.  And our stay at the First Colony Inn was most pleasurable and I would recommend the 1932 era Inn without reservation to anyone considering a trip to the Nags Head, North Carolina area.

But OBX Pridefest did have it's tear jerking moments.  Particularly when Diane Midgett (pictured below), the chairwoman of Brandon's Beacon of Hope HIV AIDS Foundation spoke early on in the Saturday festival portion of the event.  The organization is named for her late son, Brandon Keith Finley, who was born prematurely on February 17, 1983, and who underwent a great number of blood transfusions as medical personnel tried to save his life after his premature birth.  Sadly, through one or more of those transfusions, Brandon contracted HIV/AIDS.   After a heroic battle with little or no help from the federal government in terms of AIDS research and support, Brandon lost his battle and died on  April 15, 1984.  Diane is candidly bitter when she recounts the lack of support from the federal government in the early years of the AIDS crisis with Ronald Reagan avoiding even saying the word for far, far too long.  But, from her family's tragedy, she has vowed to make a difference and to see that Brandon's short life was not in vain.  She is truly a woman on a mission.  During her presentation, Diane stressed that not only is HIV/AIDS present in North Carolina but also the alarming infection rate among those 13 to 24.  That more isn't being done borders in my view on the criminal.

In her quest to make a difference and to help the lives of others, Diane Midgett founded Brandon's Beacon of Hope HIV AIDS Foundation ("BBH") which was selected by the OBX Pridefest board as the recipient of the net profits from OBX Pridefest 2012.  OBX Pridefest described the non-profit's mission as follows:

[Brandon's Beacon of Hope] is working with the regional medical professions to offer absolute private services and assistance to victims of HIV-AIDS in the Northeast region of North Carolina.  Up until now, those needing assistance had to travel to metropolitan areas to receive care, and thus, the number of victims in Dare County and the surrounding regions has gone unreported.  We are trying to change that and we hope you can help.  Even though people are living much longer lives with HIV, the average cost to these people is $367,000 for the rest of their lives.  Your donation or sponsorship of OBX Pridefest, our biggest fundraiser of the year, will help us help BBH.  Any profits made from OBX Pridefest (after we have paid our bills) will be donated to BBH.

As long time readers know, in 1999 I nearly lost one of my children to bacterial meningitis.  As harrowing and devastating as that experience was, it pales compared to Diane's nightmare.  Moreover, my child recovered and, indeed, was written up as a miracle case by Children's Hospital of the Kings Daughters in Norfolk, Virginia.   Consequently, I truly cannot imagine what Diane and her family went through.  She is a real trooper and so is her youngest son  (also pictured below) - her gay son - who was born after Brandon's death.  As she recounts it, God had a plan for her and gave her a gay son to replace the child she lost.

Please check out BBH and consider making a donation.  Their plan is to be fully operational by fall and to have an operational website and referral service. 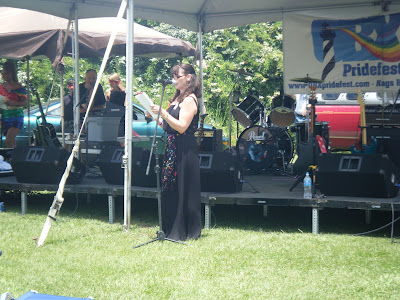 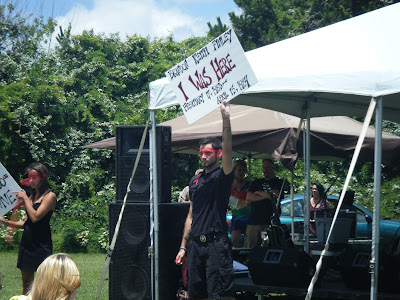