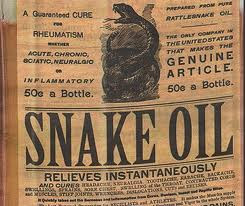 One of the most disingenuous things that the Christianits do - and there are many, many such things - is to work to perpetuate the myth that sexual orientation is a choice, that it can be changed and that "ex-gays" exist. Even Exodus International and former proponents of the change myth such as Warren Throckmorton and Mark Yarhouse of Regent University now concede that any real change is extremely rare assuming it happens at all. Yet we see the Christianist ministries continuing to brainwash tortured and conflicted LGBT individuals and their families - often charging large amounts of money for their witch doctor like therapy. One of the worst proponents of the "change myth" is Parents and Friends of Ex-gays ("PFOX" whose board of directors is a who's who of some of the worst professional homophobes in the nation (e.g., Peter Sprigg and Robert Knight) some of whom are affiliated with registered anti-gay hate groups. Among PFOX's many activities is seeking to disseminate false information to school students - something which, if allowed by school divisions, in my opinion sets the stage for lawsuits against schools stupid enough to allow PFOX to disseminate its lies. One school division that fell for PFOX's snake oil is the school system in Montgomery County, Maryland, adjacent to Washington, D.C. The Washington Post reports on that division's rethinking of allowing false and untrue information to be sent out to students. Here are highlights:

The Montgomery County Board of Education is reconsidering its policy on distributing community flyers, following protests over an announcement sent home with students last month that many found potentially harmful to gay people.

The flyer, which was distributed along with report cards to students at five high schools, came from Parents and Friends of Ex-gays and Gays (PFOX), a Virginia-based organization that advocates that gay people can change their sexual orientation — a view that several national medical organizations contest.

The existing school system policy permits any nonprofit to send flyers home with high school students four times a year, unless the message is considered hate speech. The right was upheld in a court case several years ago.

To remain viewpoint neutral, the school system has to allow any nonprofit — or forbid all nonprofits — from sending home messages. The school board voted Monday night to refer the matter to its policy subcommittee to review and recommend any changes to the full school board this spring.

David Fishback, an advocacy chair for the Metro D.C. chapter of Parents and Friends of Lesbians and Gays, applauded superintendent Joshua Starr for speaking out against the flyers. Starr called the actions of the group “reprehensible and deplorable” at a town hall meeting with students.

Peter Sprigg, a member of the board of directors of PFOX, told the board members that it would be “reprehensible, deplorable, and disgusting” if they ultimately decided to “punish” all nonprofits in the county because they disagreed with the messages of some.

Rather than spread medical and mental health lies and untruths, PFOX members and advocates would, in my view, be much better off seeking mental health treatment to help them escape from the emotional and psychological damage they have suffered from their religious upbringings. One can put such baggage behind them. Of course, many of the PFOX crowd seem to have made a profession out of being "ex-gay" for pay. Money apparently means more than objective scientific and medical truth. No one lies as much as the Christianists.