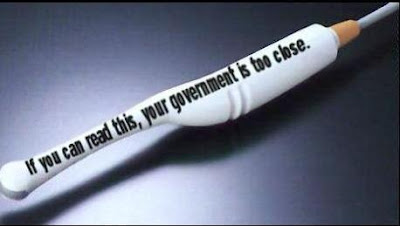 When he ran for governor in 2009 Bob "Taliban Bob" McDonnell claimed that he was eschewing social issues to focus on jobs and getting the Virginia economy moving again. None of McDonnell's campaign propaganda was true - as some of us stated at the time - but unfortunately too few people listened. This year's session of the GOP controlled Virginia Genaral Assembly has highlighted in bright neon lights the fact that McDonnell lied through his teeth in 2009 and that extremism on social issues is his real agenda. Instead of legislation to generate new jobs and attract new progressive business to Virginia, the session has yielded (i) legislation allowing state funded adoption agencies to discriminate against gays (and others who offend their religious sensibilities), (ii) a repeal of Virginia's one gun a month law which will make Virginia the number one source of illegal guns on the East Coast once more, and (iii) legislation forcing women who seek an abortion to first undergo an ultrasound regardless of whether or not the procedure is medically necessary.

And Taliban Bob has promised to sign all this lunatic far right legislation. Watching Rachel Maddow tonight, Rachel is right that all of this crap needs to be hung around McDonnell's neck as he seeks to satiate his ambition and secure a VP slot nomination on the GOP national ticket. Hopefully, McDonnell will be passed over for the VP slot and, if that happens, he can thank Victoria Cobb and her husband and similar Christofacsists at The Family Foundation for the death of his political career. Here are highlights from the Richmond Times Dispatch on the forced ultrasound bill that McDonnell has pledged to sign:

"Despite the unprecedented public outcry over the past few days, the Virginia Senate has voted to erect new barriers for women seeking their constitutional protected right to terminate a pregnancy," said Jessica Honke of Virginia Planned Parenthood. "The General Assembly should get back to discussing jobs and the economy, and stay out of the business of practicing medicine."

Victoria Cobb, president of the Family Foundation of Virginia, said: “We are pleased that the state Senate today finally passed an ultrasound bill that provides medically accurate information through modern technology to a woman seeking an abortion."

And Cobb, whose husband, Matt is a deputy secretary of Health in the McDonnell administration, issued a political warning of sorts to lawmakers who vacillated in their support of the measures. "Pro-life Virginians have long memories, and they will remember who stood firm during this debate.”

Women's-rights advocates were also taking names. "Women will hold them accountable for this government overreach into their private decisions and their constitutional rights," said Tarina Keene of NARAL Pro-Choice Virginia. "Women should have the option of having an ultrasound, not forced to undergo a completely unnecessary procedure prescribed by politicians,” said Keene.

Sen. Richard L. Saslaw, D-Fairfax, used the occasion to call out Republicans who campaigned on a platform of keeping government out of the lives of people, but voted to mandate a medical procedure. "You might try voting the way you're campaigning," he said.

Paul Goldman, a former Virginia Democrat chair, also speculates that McDonnell may have committed political suicide over the linger term - something that sits just fine with me since we do not need politicians in public office who prefer religious extremism and the active dissemination of hate and division over the larger public good. Here are highlights from Goldman's remarks on Blue Virginia:

Amidst all the ultrasounds, it seems to me that there is a deafening silence relative to Gov. McDonnell's hopes to be Mitt Romney's running mate; namely, McDonnell's strange political decision NOT to put a pro-jobs stamp on the 2012 General Assembly.

Conceivably, "His Veepness" could still pull an economic rabbit out of the hat, or even call a Special Session on economic stuff. But this would take a real reboot of his thinking at this point. That's simply amazing to me, given what Romney is likely to want in a running mate.

If McDonnell had put a "Made in America - Jobs #1" stamp on his forehead, he would be the go-to VP choice for certain, once Senator Rubio and former Governor Jeb Bush say no.

The bottom line: Why McDonnell didn't propose some major JOBS, JOBS, JOBS thing this session baffles me. But he didn't. If he had, it would have garnered significant bipartisan support, and even overshadowed the social issues if done right.

We wrote about the jobs angle also last year, in terms of the President and the Democrats. With all the other GOP Governors, except Bobby Jindal, into "wedge" issue mode, the stage was set for McDonnell to go mainstream jobs.

Again, McDonnell seems more worried about keeping the Christfascists happy than he does about the overall welfare of Virginia. Moreover, if this is an agenda for keeping government out of one's life, I'd hate to see what Taliban Bob would back if he wanted government to be intrusive. (Note: as of now, an internal ultrasound like in the image above will not be required, but women will still have to undergo a forced procedure that is in reality aimed solely at intimidation and inflicting emotional distress).
Posted by Michael-in-Norfolk at Wednesday, February 29, 2012