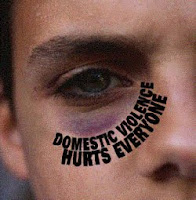 I have written before about domestic abuse and violence in same sex relations - in fact I was once in a relationship that eventual progressed to physical violence before I ended it. No one should have to live in fear in their own home and those who use violence against purported loved ones do indeed need counseling. The City of Alexandria, Virginia - one of the most progressive in Virginia in contrast to places like Martinsville, Virginia where an anti-gay Neanderthal mentality still flourishes - recognized the reality of domestic violence in LGBT relationships and wisely allocated money to support a Gay domestic violence program. Needless to say, this prompted gay haters to foam at the mouth and do what they do best: make hate filled anti-gay statements and act as if LGBT individuals are not citizens like everyone else. Here are some from The Edge on the matter (NOTE: abuse need not be physical):
*
Federal dollars continue to be earmarked for a wide array of uses in an ongoing attempt to jump-start the economy. But political pundits on the right have been eager to point to federal dollars going to controversial arts programs or, in the case of a domestic violence program in Alexandria, Virginia, services that benefit GLBT Americans. Right-wing news outlet CNS.com reported in an Aug. 6 article that the city of Alexandria--where CNS News is based--would receive federal stimulus money to "train staff who work with sexual/domestic violence victims who identify themselves as member of the gay, lesbian, bisexual or transgender community."
*
The sum of lucre in question to be used for a service that might save lives? Less than $37,000--out of nearly $42 million total that the city is slated to receive, a sum that includes nearly a quarter of a million dollars for dental services for the poor and more than $800,000 for new public transit buses.
*
Domestic violence is about one partner in an intimate relationship exerting control over the other in a variety of ways, some involving brute force and some relying on emotional or psychological manipulation. The nature of domestic violence and its dynamics are the same in mixed-gender and same-gender relationships, as an Aug. 3 report on the phenomenon at EDGE reported.
*
"Threats are often used to control behavior or denigrate a person’s identity. That makes it a particularly insidious form of violence" that extends the influence of the batterer into the personal sphere of the victim by seeking "control over who you can see, talk to, what you can wear; even what kind of medications you can take."The differences may be subtle, but they do exist, and a sensitivity to the needs of a battered partner reaching out for help is also worth honing, given that shame can be a batterer’s weapon of choice.
*
Religious-right Web site Culture Campaign reported on the CNS story in an Aug. 6 story that appeared under a headline reading, "Obama Stimulates Homosexual Violence Counseling." Elsewhere on the site, an article about Christian support for health care reform referred to people of faith who back the proposed overhaul as "Christians," in quotation marks.Both the CNS News and the Culture Campaign articles about the $37,000 set to use for the training noted that marriage equality is denied to gay and lesbian families in the state of Virginia.
*
It is a sad reality, but these Christianists and far right extremists in many cases believe that LGBT Americans deserve whatever abuse and misfortune befalls them. They are indeed NOT true Christians.
Posted by Michael-in-Norfolk at Wednesday, August 12, 2009