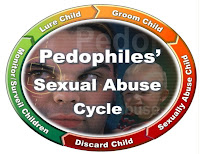 I have intimated before that I do not see Pope John Paul II as worthy of canonization and suspect that only the far right, Kool-Aid drinker crowd fully support such a move. Yes, he played a role in the fall of the Soviet Union, but he also played a huge role in the sex abuse scandal that continues to rock the Roman Catholic Church. He callously closed his eyes to the sexual abuse of children and tried to steer the Church back to a Medieval mindset and treated gay Catholics as less than human - hardly saintly conduct. Surprisingly, now even some ultra-conservatives - e.g., writers at Renew America - are now arguing that John Paul II is unworthy of canonization albeit from not precisely the same perspective as my own. Yes I know that it is a bit frightening that I agree with anything disseminated by Renew America, especially since the organization fully support the denigration and marginalization of gays. However, they are on the mark when they correctly focus on John Paul II's unconscionable enabling and cover up of the crimes of sexual predator priests. Here are a few highlights:
*
Once again, the Catholic world has been rocked by yet more allegations of sexual impropriety by Legionnaires of Christ founder, the late Fr. Marcial Maciel. It seems the now-disgraced founder-cum-pervert fathered more children than previously suspected; the latest claimants to his paternity purport to have evidence that the late Pope John Paul II knew of Maciel's sexual dalliances, and turned a blind eye to them.
*
The allegations highlight what for all too many Catholics is the elephant-in-the-room when discussing the ills which beset the modern Church: the extent to which the late Pope John Paul II was an enabler of these perversions, from sexual and liturgical abuse to theological dissent . . . his Pontificate, by all accounts, was a glorious failure. Yes, he aided in the fall of Eastern European Communism, but the Pope of Rome is not primarily a mover and shaker of state politics, but a Christian pastor . . .
*
Though Catholics and others are loathe to admit it of an otherwise beloved Pope, John Paul II oversaw a church which deteriorated in both its inner and outer life. His callous indifference toward the victims of priestly sexual abuse in refusing to meet personally with a single one of them, and his stubborn refusal to compel the resignation from office of any of the bishops who aided, abetted, and covered-up the abuse, are testamentary to his utter failure: not as a Catholic or a theologian, but as a Pope.And this is precisely why he should not be canonized.
*
The canonization of Pope John Paul II is an issue which concerns not only Catholics, but all traditionalist conservatives. For better or for worse (depending on one's religious outlook), the Catholic Church is the largest religious institution on the planet, and historically regarded as a fairly conservative one.
*
When civil society regains its conservative bearings, history will not be kind to what any unbiased observer must regard as the gross pastoral negligence of the 21st century's first Pope; if Catholics want to come out of the present cultural quagmire with their intellectual integrity intact, they must fearlessly shed the light of truth on that Pontiff's pastorship, and be sure to end up on the right side of history's verdict.
*
Again, I believe that John Paul II does not deserve canonization even if not for all the reasons cited by ultra-conservatives. His failings in addressing - if indeed not enabling - the sex abuse scandal alone renders him unworthy.
Posted by Michael-in-Norfolk at Friday, August 14, 2009