Pompous Phonies and Other Jerks 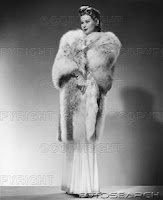 For much of the day I was enjoying an after glow from my birthday and a fantastic time last night with someone wonderful. Then I heard from a friend whose family (with about a single exception) from what he has related to me are a bunch of snooty, self-absorbed and self-impressed assholes. They seem to care only about themselves and keeping up appearances. They cannot and will not forgive him for the unpardonable sin of being gay. From the glimpses I've seen of them through him, they truly care nothing for for him. It's ALL about them. They appear to make the late Leona Helmsley, a/k/a, the queen of mean, look like Mother Teresa. They sound like they'd make Lady Marchmain in Brideshead Revisited look down right warm and effusive. And, oh yes, they are apparently rich so - in their view where only one's financial net worth seems to matter - even their sh*t doesn't stink.
*
The single most important and wonderful thing that the family members of someone who is LGBT can do for that individual is love them unconditionally and allow them to be who they are. Who THEY are and NOT who they family would like them to be. As I have noted on this blog before, I was very lucky in terms of the acceptance I received from my immediate family and my extended family (Note: my former in-laws are NOT included in this grouping). One of my male cousins who lives far away and shares my son's first name even made this comment in an e-mail message to me:
*
I can only imagine what you went through during your 'coming out'. It takes extreme courage to stand up and proclaim yourself at times, especially so in this case. It sounds silly, however I'm proud that you had that courage...
*
Would that my friend had such accepting individuals in his family. Instead, he's treated as the "dirty secret" that must be hidden as much as possible. Not for his sake, but for theirs and to pamper their fragile egos and warped sense of propriety. I doubt it's ever even crossed their minds as to how much pain they have caused him. But then, do they even care? The real travesty is that anyone would treat a family member in such a manner. In my view, if they are churchgoers, they are little better than the rich Pharisee in Luke 18:10-14:
*
"Two people went up to the temple area to pray; one was a Pharisee and the other was a tax collector. The Pharisee took up his position and spoke this prayer to himself, 'O God, I thank you that I am not like the rest of humanity--greedy, dishonest, adulterous--or even like this tax collector. I fast twice a week, and I pay tithes on my whole income.' But the tax collector stood off at a distance and would not even raise his eyes to heaven but beat his breast and prayed, 'O God, be merciful to me a sinner.' I tell you, the latter went home justified, not the former; for everyone who exalts himself will be humbled, and the one who humbles himself will be exalted."
*
I have known and/or represented many very wealthy people over the years. Some have been jerks and others have been treasures. The reality is that money does not make one a good person. Rather it's one's actions and how they treat other human beings of all walks of life and sexual orientations that define one. My impression is that most of my friend's family members have yet to figure this out - they're too busy putting on airs and being self-absorbed, or so it would seem.
Posted by Michael-in-Norfolk at Wednesday, August 13, 2008