White Americans No Longer a Majority by 2042 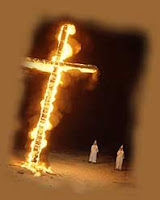 The new Census Bureau projections on the changing make up of the American citizenry will have the wingnuts at American Family Association, Family Research Council and Focus on the Family to name a few closet white supremacy Christianist organizations going bat shit and foaming at the mouth. While not white supremacy groups officially on their face, a continual monitoring of their anti-immigrant drumbeat and jihad against anyone who is not white, evangelical Protestant, and politically reactionary makes it clear that they desire a roll back in time to the early 1950's when whites dominated everything and uppity minorities, including gays, knew their place. Is that a Christian mindset and goal? No, but then these folks are false Christians to begin with. They are money and power mad bigots. Here are some highlights from the Los Angeles Times:
*
White people will no longer make up a majority of Americans by 2042, according to new government projections. That's eight years sooner than previous estimates, made in 2004.The nation has been growing more diverse for decades, but the process has sped up through immigration and higher birth rates among minority residents, especially Hispanics.
*
"The white population is older and very much centered around the aging baby boomers who are well past their high fertility years," said William Frey, a demographer at the Brookings Institution, a Washington think tank. "The future of America is epitomized by the young people today. They are basically the melting pot we are going to see in the future."
*
By 2050, whites will make up 46 percent of the population and blacks will make up 15 percent, a relatively small increase from today. Hispanics, who make up about 15 percent of the population today, will account for 30 percent in 2050, according to the new projections.Asians, which make up about 5 percent of the population, are projected to increase to 9 percent by 2050.
*
OMG - there'' be more interracial marriage too. Daddy Dobson will be having the vapors. Remember which group used the Bible to justify bans on interracial marriage just as they are doing against gays today. These folks truly never change willingly.
Posted by Michael-in-Norfolk at Thursday, August 14, 2008