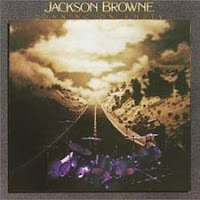 Apparently, the McCain campaign is not only running an extremely sleazy operation, but in addition, they're not too smart. One would think that someone would have asked the question of whether or not permission had been secured to use Jackson Browne's "Running on Empty" before going full bore and producing an ad and airing it. I mean, we are not talking about rocket science issues. Even at McCain's age, he ought to know about the existence of the copyright laws. They've been around far longer than computers and the Internet after all. Here are some highlights from MSNBC on the lawsuit Browne has filed against McCain, a/k/a McSenile:
*
Singer-songwriter Jackson Browne is suing Republican presidential nominee John McCain and the Republican party for using his song “Running on Empty” in a recent TV commercial. In the suit, filed in U.S. District Court in Los Angeles, Browne claims McCain and the party did not obtain permission to use the song for an ad in which “Senator McCain and the Republicans mock Democratic candidate for president Barack Obama for suggesting that the country conserve gas through proper tire inflation.”
*
Browne, a lifelong Democrat, is seeking unspecified damages as well as a permanent injunction prohibiting the use of “Running on Empty” in any form by the McCain campaign.
*
“Not only have Senator McCain and his agents plainly infringed Mr. Browne’s copyright in ’Running on Empty,’ but the federal courts have long held that the unauthorized use of a famous singer’s voice in a commercial constitutes a false endorsement and a violation of the singer’s right of publicity,” Lawrence Iser, Browne lawyer, said.
Posted by Michael-in-Norfolk at Friday, August 15, 2008