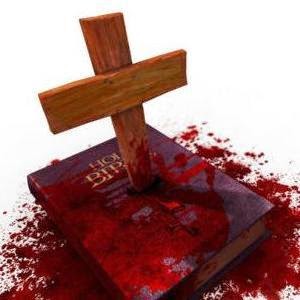 While things are improving in America for LGBT individuals, albeit very unevenly, things are not as they should be.  Worse yet, in many countries that embrace fundamentalist Christianity and fundamentalist Islam, being gay can still be a death sentence.  What fuels all of the anti-gay animus and misery for LGBT youth?  As just noted, religion, one of the most foul and toxic forces on the planet in my estimation.   Working hand in hand with religion are those who embrace ignorance and have a sick psychological need to feel superior over others.  The end result is that even today, a new study shows that two-thirds of LGBT youth consider suicide.  Having considered it my self countless times growing up and having made two serious attempts in the past myself, I understand what drives individuals to see suicide as a solution.  When one cannot change who they are and face bigotry and rejection, simply ending it all can look very appealing.  More importantly, it is a way to stop the pain.  Pain most often fueled and fanned by the "godly folk" for whom I have nothing but absolute contempt.   A piece in Gay Star News looks at the evil still being done.  Here are excerpts:

Two thirds of young gay people have considered suicide, while a shocking 80% have said they are bullied because of their sexuality.

New research has revealed a further 37% of gay 13-18 year-olds have attempted suicide as a result of bullying.

It is a similar, sad story for transgender teens. Two in five have tried to kill themselves, while a further 62% have considered suicide because of bullying.

For lesbians, two thirds of lesbians were bullied, and more than half contemplated suicide. 36% attempted it.

The shocking statistics were published by anti-bullying charity Ditch The Label following a survey of LGBT gay and college students in the UK.

Liam Hackett, founder of Ditch the Label said gay males were the most ‘heavily targeted group’.

‘Our research has identified that bullying is having profound impacts upon the self esteem, mental health and academic performance of LGBT students and is not something that can be ignored,’ he said.

‘Whilst we have found a decline in homophobic attitudes within wider society, we are concerned that they are still manifesting within our education system.

‘It is my hope that our research will strongly urge educational establishments and government to invest greater resources into continuous education and interventions to promote equality and diversity.’

Ditch the Label will be launching a sponsored silence on 18 May to raise awareness of bullying.

Here in Virginia the main opponents of meaningful anti-bullying laws are, you guessed it, the "godly folk" led by The Family Foundation, a hate group in all but formal designation - something I hope the SPLC addresses soon - and their political prostitutes in the Virginia GOP.   The larger public needs to come to see these people as poisonous and anything but decent and nice people.  They are monsters.