The Myth That the GOP-Establishment is Back 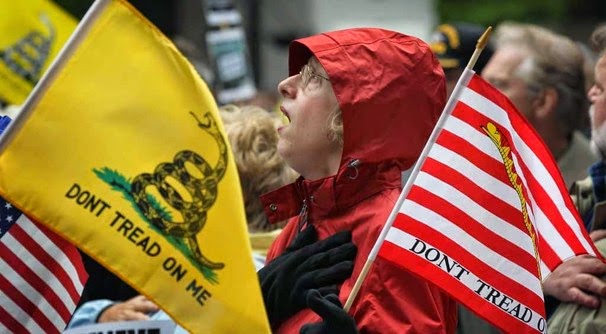 While recent GOP primaries show some of the most extreme lunatic fringe of the Christofascit/Tea Party wing of the GOP defeated, it would be wrong to claim that the "GOP establishment is back" as is done in a column by Michael Gerson in the Washington Post.  Coming from a family of Republicans and having once held a GOP city committee post for 8 years, what passes today as the "GOP establishment" bears little resemblance to what that term once meant.  The swamp fever that afflicts the party base likewise has turned the so-called GOP establishment into something deranged as well.  The only issue is one of the level of relative insanity.   Gerson's column is correct in one regard: the so-called establishment is far more "conservative" than it once was, with conservative now translating to unhinged and insane.  The rest of the column is wishful thinking on Gerson's part.  Like so many others still in the GOP, he does not want to face the reality that the cancer in the party has metastasized.   Here are excerpts from his somewhat delusional column:

The unfolding GOP primary season is clarifying two points: The Republican establishment is back, and it is more conservative than you’d think.

In the North Carolina Senate primary, the establishment winner, Thom Tillis, was the American Legislative Exchange Council’s 2011 legislator of the year and was endorsed by the National Rifle Association and National Right to Life. Yet he was attacked by tea party groups as a RINO, a Republican in Name Only — expanding that term to cover just about every Republican who doesn’t own a tricorn hat.

Tillis’s main tea party opponent, Greg Brannon, possessed no apparent qualifications for public office except a sense of divine calling and a remarkable facility for quoting the Constitution. For Glenn Beck, this was more than enough. “I could tongue-kiss you,” Beck told Brannon during an interview, “and I’m not a guy who does that.”

But the Republican establishment — after years of being ambushed and accommodating its ambushers — was ready this time. Groups such as the U.S. Chamber of Commerce and American Crossroads spent millions to avoid the emergence of another Sharron Angle or Christine O’Donnell — candidates who motivate thousands and alienate tens of thousands. For the GOP, North Carolina was a victory of sorts: an expensive victory, consisting of avoiding disaster.

This struggle has taken a while to fully emerge. At first, the GOP attempted assimilation.

The GOP establishment backlash has been successful for a particular reason: It has been led by politically rational conservatives, not the RINO moderates of tea party nightmares. Rockefeller Republicans are as rare as giant pandas; both cause passersby to point and gawk.

For some tea party groups and leaders, an ever-narrowing orthodoxy is the objective. Their approach resembles the more extreme forms of Protestantism, in which a passion for doctrinal purity divides and divides until there is a true church of one. The Republican Party, constituted to win majorities, has begun pushing back in primary contests. Which is necessary, and not sufficient.

The main problem with the tea party movement is not tactical or tonal but ideological. Its leaders quote the Constitution to end political discussions:
Some quote the Constitution as a substitute for a policy agenda. It is easier, after all, to memorize than to govern. But a majority political party will convincingly address public needs: routine educational failure, increasing higher-education costs, gaps in health coverage and the like. This is what self-government under the Constitution looks like.

[T]he GOP needs electable candidates. It also needs for those candidates to have something useful and hopeful to say.

In reality, the GOP that Gerson envisions no longer exists and, in my view, cannot be recaptured unless and until such time as the Christofascists/racists/Tea Party lunatics are truly removed from all positions of influence.  Given that some of these are now holding seats in Congress, the cure will be difficult to implement.