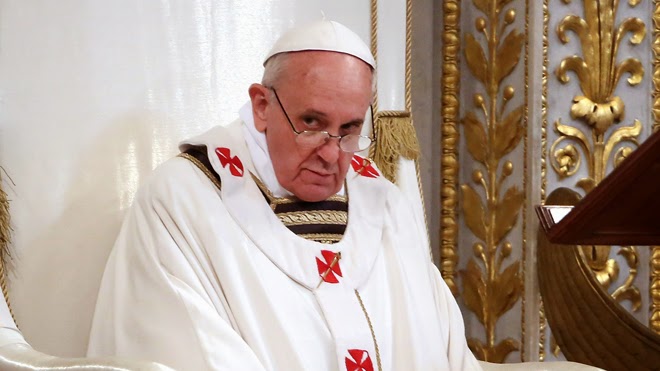 The declining number of American Catholics has been masked to a large extent to date by the influx of Hispanic immigrants.  But that may be changing. based on the findings of a Pew Research Center survey that ought to have the Vatican worried.  No single cause for the exodus was found, but many fallen away Hispanics noted the sex abuse scandal among other reasons.  Moreover, the survey found a disconnect between an aging celibate clergy and younger generations.  Lastly, the survey found the Church to be losing Hispanics in South America.  Here are highlights via Fox News Latino:


More than 4 million Latinos in the United States have left the Catholic Church since 2010, according to a new Pew Research Center survey that spotlighted the church’s ongoing exodus of Latinos, a group seen as pivotal to the future of Catholicism.

In 2010, two-thirds of Hispanics (67 percent) in the U.S. were Catholic. Today, that number has dwindled to 55 percent of the nation's 35 million Latino adults. While close to 20 million Latinos still identify as Catholic, the church has lost 12 percent, or 4 million Latinos in the U.S. over the past four years alone, according to the Pew study released Wednesday.

At the same time, the share of Hispanic evangelicals rose from 12 percent to 16 percent, while Latinos with no religious affiliation increased from 10 percent to 18 percent.

The new survey confirms a concerning worldwide trend for the Catholic Church, which has been losing followers for years, and is the latest indication the church is particularly losing followers among its strongest base, Latinos in the U.S. and in Latin America.

he changes partly reflect religious trends in Latin America, which has also seen a steady decline in Catholics as the ranks of evangelicals and nonbelievers have grown.

Respondents most commonly said they gradually drifted away from the faith of their childhood or stopped believing the teachings. About 30 percent said they found another congregation that helps its members more. Others said they had a personal spiritual crisis or left for family reasons. While a large percentage of Latinos overall said the church should do more to address the clergy sex abuse scandal, only a tiny percentage cited the crisis as a reason they left.

Pew found about half of U.S. Latinos who left Catholicism did so before they arrived in this country.

However, U.S. religious life has also been an influence. The share of Americans overall who say they have no religion, or "nones," has increased to about 20 percent in recent years. The trend is more pronounced among young people. Pew researchers found similar patterns among U.S. Latinos. Most of those ages 18 to 29 who left Catholicism now say they belong to no particular religious group. Hispanics ages 30 to 49 moved toward both evangelical Protestantism and no religion.

Just as the hate and hypocrisy of the Protestant Christofascists is killing the Christian brand, so too is the Catholic Church's rigidity and is forcing younger individuals away from institutional religion completely.