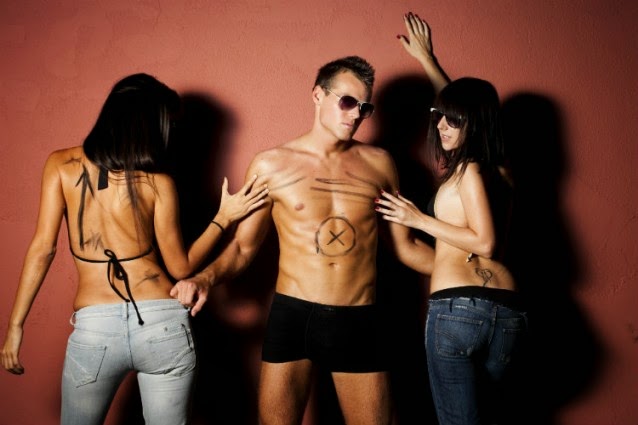 Given that they have no real justification for banning same sex marriage other than religious based anti-gay animus, the Christofascists keep grasping at straws to try to disguise their bigotry.  In addition to arguing that somehow - although it is never explained how - same sex marriage will discourage straight males from marrying, now heterosexual promiscuity is also being used as a justification for barring same sex civil law marriage.  Anything rather than openly admit that opposition to marriage equality is really about religion and nothing else. Among those making this ridiculous argument is the batshit crazy Michele McQuigg, Prince William County Clerk, a defendant in Bostic v. Rainey now before the U.S. Circuit Court of Appeals for the Fourth Circuit. Not surprisingly, McQuigg is being represented by the lunatics from Alliance Defending Freedom, a far right Christofascist law group.  Think Progress looks at this latest batshitery.  Here are highlights:


Opponents of gay rights and homosexuality in general have long offered that gay men are incredibly promiscuous and will thus upend marriage. It’s actually not true that gay people are any more promiscuous than straight people, but the very same stigma inherent in the accusation has limited the ability of gay, lesbian, and bisexual people to be open about their relationships. Ironically, as a result of conservatives trying to soften their tone, one of the primary arguments against marriage equality for same-sex couples is now that straight people are the ones with irresponsible sex lives.

In a new brief filed on behalf of Michèle B. McQuigg, one of the Virginia county clerks defending the state’s ban on same-sex marriage, the Alliance Defending Freedom (ADF) argues that marriage should be reserved for straight couples specifically because they are the ones who might accidentally have children.
Marriage doesn’t require that couples have children, but its purpose is to “channel the presumptive procreative potential of man-woman relationships into enduring marital unions so that if any children are born, they are more likely to be raised in stable family units by both their biological mothers and fathers.” The brief seems to argue that marriage doesn’t serve any purpose for families that intentionally have children.

George E. Schaefer, III, the other Virginia county clerk defending the ban, similarly argued in his latest brief that the state has a very narrow motivation to recognize marriages:


Encouraging traditional marriage does not disparage other alternative parenting arrangements. State sanctioned marriage is not about acknowledging society’s acceptance of two persons’ love and commitment to one another. It is not about furthering or opposing the political and social objectives of a group or encouraging or discouraging the public to recognize gays and lesbians as part of society. State recognition of marriage exists to encourage a stable relationship between two persons who may be able to naturally procreate and provide a protective structure for their offspring in case they conceive children.

Schaefer previously argued that marriage equality would so significantly disincentivize straight couples from having children that society might die out.

No matter how many times they say it, different-sex parents are in no way superior to same-sex parents. Children actually have very little to do with the legal question of marriage, because several thousand same-sex couples are raising families in Virginia even without access to marriage. Marriage also provides many important legal and financial protections to couples whether they have children or not; the consequences of not having access to these protections can be seen in the many disadvantages experienced by LGBT older adults.

In other words, marriage doesn’t actually reward or punish anybody’s sex life. What it does is provide a structure to protect people who’ve committing to caring for one another and for the children they may raise together — even if they didn’t plan to.

The argument of these nutcases ignores the issue of older heterosexual couples who remarry after their wives have pasted childbearing age.   Based on this argument, such couples should not be permitted to marry because they cannot accidentally conceive children.   Frankly, the argument is so disingenuous, the Court ought to sanction the appellants and their attorneys.