Center Ring at the Republican Circus 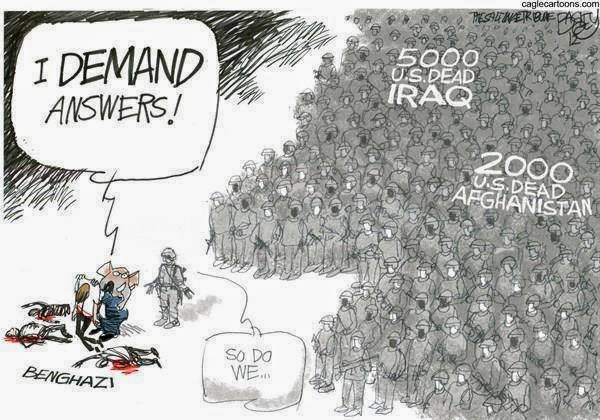 Congressional Republicans in the House of Representatives have put forth no serious jobs bill, proposed no serious alternative to the Affordable Health Care Act, and have put forth no proposal of to reform the country's broken immigration system.  Yet these extremists can find plenty of time to push for with hunts on Benghazi or hearings aimed at intimidating the IRS for investigating abuses by ridiculously titled charities and non-profit entities that make a mockery of the Tax Code's restrictions on political activity.  To say that the GOP has become dysfunctional is an understatement.  Insane and utterly disingenuous is a better description.  An editorial in the New York Times takes the GOP to task.  Here are highlights:

The hottest competition in Washington this week is among House Republicans vying for a seat on the Benghazi kangaroo court, also known as the Select House Committee to Inflate a Tragedy Into a Scandal. Half the House has asked to “serve” on the committee, which is understandable since it’s the perfect opportunity to avoid any real work while waving frantically to right-wing voters stomping their feet in the grandstand.

They won’t pass a serious jobs bill, or raise the minimum wage, or reform immigration, but House Republicans think they can earn their pay for the rest of the year by exposing nonexistent malfeasance on the part of the Obama administration. On Thursday, they voted to create a committee to spend “such sums as may be necessary” to conduct an investigation of the 2012 attack on the consulate in Benghazi, Libya. The day before, they voted to hold in contempt Lois Lerner, the former Internal Revenue Service official whom they would love to blame for the administration’s crackdown on conservative groups, if only they could prove there was a crackdown, which they can’t, because there wasn’t.

Both actions stem from the same impulse: a need to rouse the most fervent anti-Obama wing of the party and keep it angry enough to deliver its donations and votes to Republicans in the November elections. For a while it seemed as if the Affordable Care Act would perform that role  . . .

Party leaders needed something more reliable, so they went back and revived two dormant scandals from last year, the embers of which were faithfully tended by Republican adjuncts on Fox News and talk radio.

In fact, investigations by two congressional committees (including one run by Republicans) found that there was never any kind of “stand-down order” or request. But Mr. Issa and others keep repeating it because, for their purposes, the facts don’t matter.

Though it is not the slightest evidence of a cover-up, it has become the foundation for the committee’s existence. Demonstrating the panel’s true purpose, Republican political operatives are already raising money by stoking donor anger on Benghazi.

Little nuisances like constitutional rights or basic facts can’t be allowed to stand in the way when House Republicans need to whip up their party’s fury.

The GOP - since it became utterly beholden to the Christofascists and white supremacists in the party base - has become something ugly and utterly irresponsible.  I continue to be ashamed that I was ever a Republican.
Posted by Michael-in-Norfolk at Friday, May 09, 2014