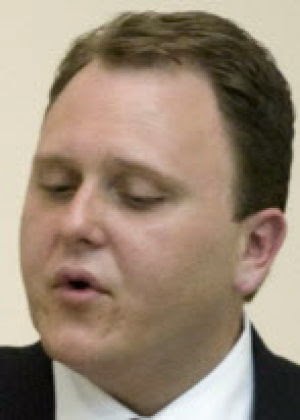 The bizarre insanity of today's Republican Party took a new twist as news broke that a Republican candidate in North Carolina who is vociferous in his denunciation of gays and gay marriage was once a drag performer.  No doubt, Steve Wiles (pictured at right) will claim that he "accepted Jesus," was "saved," and is no longer gay.  Pretty much the same storyline of lies that John Paulk spewed for years during his "ex-gay for pay" days.  The Advocate looks at this truly bizarre story.  Here are excerpts:

A North Carolina State Senate candidate who opposes marriage equality once worked as a drag performer in a gay bar and identified as gay at the time, the Winston-Salem Journal reports.

Steve Wiles, a 34-year-old real estate agent who is running for office as a Republican, worked at the now-defunct Club Odyssey in Winston-Salem in the early 2000s, the club’s former owner told the paper in a story published Saturday. He performed in drag under the name Mona Sinclair and emceed a drag show there, and also was a promoter of regional pageants within the Miss Gay America system, the paper reports.

“Why would you want to get into that knowing your past?” said Randy Duggins, the former co-owner of Club Odyssey. “He’s a hypocrite.”

Asked if he considers himself “ex-gay,” he told Business Insider, “I really won’t make any comments on that.” When Business Insider asked if he left the Miss Gay America system because he objected to “the gay lifestyle” (the website’s wording), he said that was indeed the reason. The Journal, however, reported that he was suspended from the organization for misconduct.

He blamed political rivals for the Journal article.

Only in today's bizarre, dysfunctional GOP.
Posted by Michael-in-Norfolk at Sunday, May 04, 2014