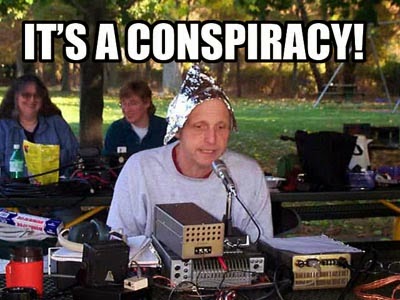 To my mind, the man who could have defeated Barack Obama in the 2012 presidential contest was Jon M. Huntsman, former governor of Utah and former ambassador to China.  The only problem was that Huntsman is not sufficiently insane or willing enough to be a lying demagogue to win the votes  of the toxic mix of racists, religious extremists and ignorance embracing know nothings that has become the Republican Party base.   A party base that seeks only to have politicians tell it what it wants to hear and who speak in dog whistle code words which fan prejudices against all but white, heterosexual, conservative Christians - those deemed "other" by the self-styled "real Americans."   Despite his rejection by the GOP, Huntsman continues to say what needs to be said rather than what the knuckle draggers and Koch brother cretinous audience want to hear.   In a column in the New York Times, Huntsman takes the GOP to task for its steadfast refusal to accept the reality of climate change.  Here are column highlights:

“TO waste, to destroy our natural resources, to skin and exhaust the land instead of using it so as to increase its usefulness, will result in undermining in the days of our children the very prosperity which we ought by right to hand down to them amplified and developed.”


These words were spoken by one of the nation’s most passionate conservationists: Republican President Teddy Roosevelt. I admire him for his pragmatism and individualism — foundational traits of the Republican Party. We must summon these qualities and apply them immediately and stoutly to the issue of climate change.

Leading up to the elections of 2008, Republican leaders at all levels were working innovatively across party and ideological divides to address environmental issues, including climate change. They included names like Huckabee, Pawlenty, Schwarzenegger and McCain. I was re-elected with almost 80 percent of the vote in bright red Utah as an environmentally forward-leaning Republican.

But there has been a shift among Republicans on climate change.   Last fall, 50 percent said there was solid evidence of rising temperatures on earth . . . . down from 2006, when 59 percent of Republicans held that view.Perhaps some of this shift has to do with the economic collapse and a resulting change in concerns and priorities. At the same time, many party leaders may have felt the need to run for cover because of growing pressure from the Tea Party.

What’s been lost is any Republican creative thinking on the issue.


So obtuse has become the party’s dialogue on climate change that it’s now been reduced to believing or not believing, as if it were a religious mantra.

This approach reached a new low last month during a North Carolina congressional debate at which all the Republican candidates chuckled at a question on climate change — as if they had been asked about their belief in the Tooth Fairy.

The implications were underscored once again on Tuesday, when a team of more than 300 scientists warned in a report to the White House of “mounting evidence that harm to the nation will increase substantially in the future unless global emissions of heat-trapping gases are greatly reduced.”


Our approach as a party should be one of neither denial nor extremism.  . . . . . While there is room for some skepticism given the uncertainty about the magnitude of climate change, the fact is that the planet is warming, and failing to deal with this reality will leave us vulnerable — and possibly worse. Hedging against risk is an enduring theme of conservative thought. It is also a concept diverse groups can embrace.

If Republicans can get to a place where science drives our thinking and actions, then we will be able to make progress. We need to plan for the impacts of climate change at all levels of government.

Republicans need to get back to our foundational roots as catalysts for innovation and problem solving.  . . . . As Teddy Roosevelt teaches us, it would be foolhardy to undermine the environmental richness that will serve to empower our future generations.

Sadly, I suspect Huntsman's wise words will fall on deaf ears within the swamp fever ridden GOP base.
Posted by Michael-in-Norfolk at Wednesday, May 07, 2014