If Anything is a Choice, It's the Choice to be a Bigot 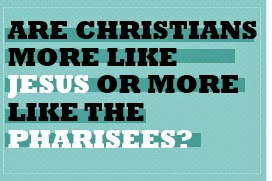 One of the favorite anti-gay mantras of the Christofascists is that being gay is a "choice" and that one's sexual orientation can "change" if one but "accepts Jesus" and "prays away the gay."  It's the agenda behind the huge amounts of money the Christofascists have pumped into "ex-gay ministries" as part of their propaganda war to dupe politicians and the ignorant sheeple in the pews into opposing equal rights for LGBT Americans.  The irony is, of course, that all legitimate medical and mental health experts hold that (i) sexual orientation is not a choice, and (ii) that sexual orientation cannot be changed through reparative therapy and other quack "ex-gay ministries."  I tried for 37 years to "pray away the gay" and know first hand that claims that gays can "changes" is utter bullshit.  But unlike sexual orientation - or skin color, race or national origin -  being a self-congratulatory bigot and hate merchant IS a choice.   A column in The New Civil Rights Movement takes the "godly folks" to task on their lies and hypocrisy.  Here are some highlights:

So, allow me fight this battle for “right” – for freedom from religion – and for “wrong” – for being forced to live by Christian standards – without concern for offending Judge Roy Moore’s Christian sensibilities. Because every complaint the judge has about gays, I have about Christians, except of course, I know Christians weren’t born that way – they chose their peculiar religious orientation.

I don’t care what Christians do in private, but I don’t want it in my face. I don’t want kids to have to see religious messages on TV interspersed with ads for Barbie and Cheerios, and I especially don’t want pre-schoolers to have to see images of a man being tortured on a cross in the marketplace. Keep it in your churches.

I don’t want teachers endorsing Christianity in public schools. Or Islam, Or Judaism. I want school’s to be neutral on the existence of a god.

I don’t want Christians recruiting children to their unhealthy lifestyle by terrifying naughty toddlers with threats of hell.  I think there should be a law saying you can’t speak about religion in front of anyone who is under 18 – when impressionable youth are old enough to sort out fact from fiction and not completely trusting of the person feeding him religious doctrine disguised as truth.

I think Catholics have too many pedophiles among their clergy for it to be a natural occurrence. I think the religious lifestyle attracts sexual predators. I think parents are guilty of neglect when they assume their children are safe with Christian clergy.

I think churches should be taxed. I think it’s unfair that Christians demand special privileges and protections no one else gets. (See Hobby Lobby.) I think no group should ever be legally entitled to victimize another group with a religious bigotry excuse.

Every argument Judge Moore and his Christian warriors make to buttress their resistance to gays, I feel myself, only I feel it about Christians. The difference is, I don’t imagine my contempt for religion should disallow Judge Moore and the Christians of the world the freedom to practice their faith. It is the judge and his Christian soldiers who think their belief should keep gay people (and pregnant women) from the pursuit of happiness.

“Sometimes the truth offends people.” Says Judge Moore. I would remind the judge that religion is not “truth”.

Legitimate medical and mental health science confirms that gays cannot change.  But psychologically disturbed or ego damaged individuals who have a desperate need to condemn others CAN change.  Religious affiliation and blind slavery to the language of the Bible - a book written by unknown, uneducated authors and highly revised by those pursuing their own agendas over the centuries - is a choice.  It involves making a choice between ignorance and thinking and a choice between scientific knowledge or the writings of goat herders from 2500 years ago.  So the next time a member of the "godly folks" exhorts you to change or claims that your sexual orientation is a choice, ask them when did they choose ignorance and when did they choose to be a bigot.   I truly have no use for these "godly Christians" who increasingly are a cancer on society.
Posted by Michael-in-Norfolk at Sunday, May 04, 2014