What the Iraq War Revealed About the GOP 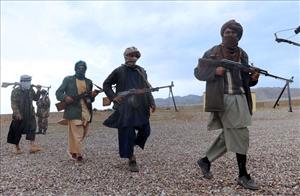 Let's be clear from the get go: In the view of this blog, the Iraq War was an unmitigated disaster that was launched based on lies and orchestrated by hubris filled cretins in the While House and Blair House.  Indeed, it demonstrated that no lessons had been learned from the Vietnam debacle and it may become a case study on how not to start or run a war.   It also showed the lie of the Republican Party's claim of "supporting our troops."  One doesn't truly support our troops when they send them into harms way on a fool's errand that is based on a lie and improperly equipped.  A piece in the Washington Post revisits the disaster launched by the Bush/Cheney regime that went on to involve war crimes, torture, waste, corruption and utter incompetence.  Here are some article excerpts:

Beyond the thousands of casualties incurred, the millions of troops and civilians deployed, and the trillions of dollars committed, the most enduring legacy of the Iraq war will be the political movements it triggered in this country: It shattered Republicans’ monopoly on national security and eroded service members’ allegiance to the GOP.

The Republicans’ mismanagement of the war allowed Democrats to reclaim an issue lost to them since the Truman administration. Suddenly, the GOP wasn’t viewed as unquestionably strong on national security. It’s a shift that, since 2006, has profoundly affected elections and arguably contributed more than any other factor — save the economy — to Barack Obama’s 2008 victory.

We now know that Iraq had no weapons of mass destruction on March 19, 2003, when U.S. troops invaded. This false casus belli alone would have been enough to tarnish the Republican brand. However, the Bush administration compounded that error with its failure to admit the existence of the insurgency, let alone plan for it, and its failure to provide adequate resources — until the troop surge of January 2007.

Senior administration officials made matters worse with their arrogant statements about the war and the troops’ plight .  .  .  .  To those serving in Iraq at the time or preparing to go, like I was, these statements suggested that our Republican leaders cared little about the people they were sending into harm’s way.

In addition to tarnishing Republicans’ reputation on defense, the Iraq war caused divisions that still plague the GOP. Beginning in 2002 and 2003, fissures grew between the neoconservative champions of the war, such as Wolfowitz and Richard Perle, and the Republican foreign policy establishment, represented by men such as Brent Scowcroft, Robert Gates and Colin Powell, who sharply criticized the Bush administration’s initiation and handling of the war.

More than any other issue, Obama’s opposition to the Iraq war helped him unite the Democratic base and win the nomination in 2008. The conflict also gave Democrats a chance to find their voice on national security: They fused criticism of the war’s management and its cost to American interests abroad with support for veterans and military personnel at home.

Within the military, the Iraq war also caused a political realignment.  .  .  .  By 2008, 47 percent of troops told Military Times that they tilted conservative, and 50 percent reported a GOP affiliation. In 2012, roughly the same percentage described themselves as conservative, but only 44 percent considered themselves Republicans.  These shifts are slight, but they suggest that while many military personnel still hold conservative views, they are less likely to be Republican than before the Iraq war.

Other factors have played a role, too. Today’s active and reserve force is more racially diverse and includes more women than at any time in its history. The force is also younger and more educated than the population as a whole, which explains why Democrats do better among younger veterans than the overall veteran population (the median age of U.S. veterans is about 62).