Tammy Baldwin Opponent: Promised to Eradicate Homosexuality if He Were God 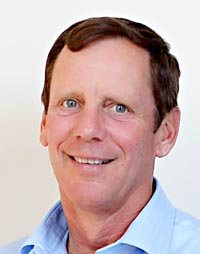 The GOP continues to field utter religious right nutcases in its never ending quest to prostitute itself to the haters and reality free elements of the GOP base.  A case in point is former Wisconsin Rep. Mark Neumann (R) who has announced that he will run for that state's open U.S. Senate seat and likely face off against Congresswoman Tammy Baldwin.  Neumann sounds at least as crazy as Michele Bachmann and apparently would like to see gays eradicated from the face of the earth and promised that he'd achieve this goal if he were God.  Yep, batshit crazy and bigoted.  A perfect match for today's Republican Party that seems to be continuing to hemorrhage what few moderates and sane people are in the ever shrinking GOP tent.  One does have to wonder, however, in light of the new studies that link homophobia with closeted self-loathing gays, just how bad Neumann is lusting for gay sex.  Maybe he and Rick Santorum need to get together and satisfy their secret desires so they can leave the rest of us alone.   Think Progress looks at Neumann's anti-gay agenda:

In declaring his candidacy during a radio appearance this morning, Neumann predicted that he will face openly-gay Rep. Tammy Baldwin (D) in a general election — who is also expected to announce her candidacy in the coming weeks — and promised to bring her record “to the forefront.”

But as Denis Dison notes, Neumann will first have to answer for several homophobic remarks he made in the 1990s, when as a freshman congressman, he told the New York Times that “If I was elected God for a day, homosexuality wouldn’t be permitted, but nobody’s electing me God.” A year later, speaking before the Christian Coalition, he remarked, “If somebody walks in to me and says, ‘I’m a gay person, I want a job in your office,’ I would say that’s inappropriate, and they wouldn’t be hired because that would mean they are promoting their agenda. The gay and lesbian lifestyle (is) unacceptable, lest there be any question about that.”

Neumann served two terms Congress and waged and unsuccessful challenge to then-Sen. Russ Feingold (D) in 2008. In 2010, he ran for Governor and lost the Republican nomination to Scott Walker. Notably, Tommy Thompson will likely have to deal with his own LGBT clunkers. Thompson isn’t known as a firebrand on conservative social issues, but during his failed bid for the 2008 GOP presidential nomination, Thompson said that businesses should be allowed to discriminate against gay people. He immediately walked back his position, citing a broken hearing aide and a need to use the restroom.

I know I shouldn't say this; and you don't have to post this comment, but my gaydar went off seeing his picture.

A recent real study confirmed that those most violently and ardently homophobic are in fact fighting their own demons.

This guy makes me wonder.