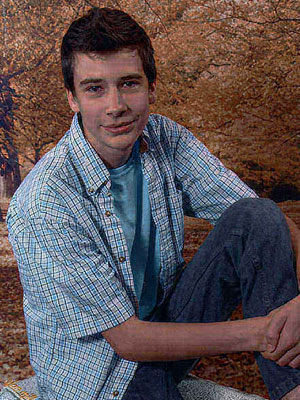 As the Roman Catholic bishops, senior members of the Mormon Church and the leaders of the Southern Baptist Convention continue their anti-gay jihad (in the UK the Vatican emissary from Rome has even gone so far as to seeking to have Muslims and Jews join in a coordinated anti-gay agenda) the death toll continues to mount. The latest victim of record - although I suspect that there are many more - is 17 year old Jack Reese of Mountain Green, Utah.   These needless deaths literally sicken me.  Especially because they are so needless and because they would cease if religious based hate and bigotry ceased.  ALL legitimate medical and mental health associations find that being gay is NOT a choice any more than breathing.  And with Robert Spitzer's recent recanting of his 2001 opinion that perhaps 1% or 2 % of gays might be able to change their sexual orientation, it's far past time that science and knowledge override what my blogger friend Bob Felton often describes as the non-fact based myths of myths of ignorant nomadic goat herders from 2000+ years ago.  The Bible - particularly the Old Testament - is no more inerrant that I'm the man in the moon.  Yet the senseless and needless deaths continue because small minded people who need to feel good about themselves by denigrating others cling to the ignorance embracing blather of pastors and priests.  LGBT Nation looks at this sad situation of Jack Reese.  Here are highlights:

On Monday, April 23, 18-year-old Alex Smith spoke on a community panel at a screening of a film on bullying, telling the packed room about the bullying his boyfriend, Jack, experienced at school. What no one in the room yet knew, including Alex, was that Jack had already taken his own life.

The death of Jack Reese, 17, of Mountain Green, on Sunday is the latest known suicide of a gay teen in Northern Utah.  According to one official, off the record: “It happens here about once a week,” but then quickly adds, “but officially, you know, it doesn’t happen here.”

Now, OUTreach, an Ogden-based LGBT resource center, is hosting a community panel and discussion, “A Community Stands up – Northern Utah Addresses LGBT Bullying and Suicide” on May 1 at the Ogden Amphitheater in Ogden.  The purpose of the event, according to Marian Edmonds, OUTreach Executive Director, “is for the community to stand in solidarity with queer youth, to speak out and express grief and outrage at yet another loss of life in Northern Utah, and to witness for the need for immediate change in schools, churches and society.”

“The youth I work with all know either a victim of bullying, the loss of a friend to suicide, and most often, both. These youth are bright, creative and loving, yet too often face daily abuse from rejecting families, bullies at school and the loss of their church family.” said Edmonds.   “It is time for local schools to incorporate proven techniques for eliminating bullying and homophobia, for churches to preach love and acceptance, and for parents and families to love and accept their children. Each loss of life is a loss for all of us, and it must stop now,” she said.

Funeral services for Jack were held Friday morning in Ogden.


Yes, I am very angry and candidly, I find it very difficult not to feel hatred towards supposed Christians - both those who actively condemn LGBT individuals and those who may be gay accepting yet refuse to opennly and loudly confront and condemn the mater merchants who in my view have mad the term Christian into something abominable.
Posted by Michael-in-Norfolk at Saturday, April 28, 2012