The Rank Hypocrisy of Christians and Republicans Who Accept Divorce 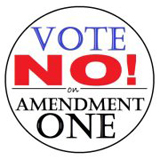 I've addressed the hypocrisy of the Christianists and their political whores in the GOP who continually condemn gays as sinners and have a near aneurysm at the mention of same sex marriage yet close their eyes to divorce.  Under scoring this incredible hypocrisy is the release of a video in support of North Carolina's foul Amendment One by thrice married serial adulterer Newt Gingrich.  And if that's not proof enough, it is evangelical Christians in the Bible Belt who have the highest divorce rate, not supposed "liberals" in Massachusetts.   Joe Jervis aptly comments on Gingrich's disingenuous bullshit this way:


Newt Gingrich would like to remind everybody that marriage is between one man and one woman whom you abandon riddled with cancer on her hospital bed while you fuck the shit out of your mistress whom you later marry and cheat on with a third decades-younger woman while screaming with Godly moral outrage about the infidelities of the president.


Andrew Sullivan looks at the disconnect and  hypocrisy a bit more calmly, but it all comes down to the same thing: Hypocrisy and a double standard of selectively deciding which Bible passages to ignore while using others to bludgeon a minority of the population.  I suspect this hypocrisy and the general meanness displayed by "conservative Christians" is what id fueling the exodus of millenials from Christianity.  Here are excerpts from Andrew's comments directed at a Catholic defender of bans on same sex marriage:


[H]ow do you tell 2 percent of the population that in this culture they have to be chaste and invisible? In this culture? And if you cannot, what is your actual social policy toward these people? Or do you simply not have one - except to wish we did not exist?

Let me use an obvious analogy which really gets to the heart of the unfairness at the center of this. Modern America is full of divorced couples. Unlike homosexuality, Jesus spoke unequivocally about divorce. Does Ross insist that our civil laws return to banning divorce on all grounds? No. Does he back a constitutional amendment to ban civil divorce? No. His reason would be to say that it simply cannot be done democratically. But that precisely reveals the church's discriminatory position on gay people. Unlike divorcees, the gays' position is not a choice. But unlike divorcees, they alone are the target of a massive campaign by Christianists to deny them any right to marry at all - not just twice but ever! This is where the current hierarchy is.

Notice too how they are not threatening to shut down services for the poor and homeless because one of their civil employees might be re-married or divorced (and thereby violating church doctrine). And yet they apply that standard to gay people - who have not chosen any lifestyle, but are guilty purely of being as God made them. They do it because we are few in number and they can deploy the power of religion to demonize us.

This deliberate tolerance of heterosexuals and deliberate intolerance of homosexuals on the same issue is on its face discriminatory. And don't get me started on annulments. Newt Gingrich gets to marry his third wife in church, but the Vatican wants a constitutional amendment to prevent my having one civil marriage with no church involvement. What else can this be rooted in but animus? And total panic.

Posted by Michael-in-Norfolk at Wednesday, April 25, 2012