The Limits of "It Gets Better" 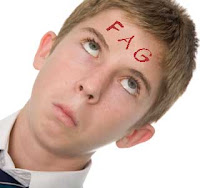 Fellow Bilerico contributor Jason Tseng has a post that is worth a read since it candidly looks at the reality of being gay in the bigoted USA. Like Tseng, I support the "It Gets Better" project launched by Dan Savage and hope that it touches some young lives and perhaps even saves some lives. The sad reality, however, is that being LGBT in the USA still carries a huge negative with it outside of perhaps some major metropolitan areas and a few enlightened states. Living in Virginia, this fact is rubbed in one's face virtually daily in many ways. Is my life better than during my self-loathing days in the closet or even compared to my early coming out days? Most definitely. But I'm still a third class citizen in my state and I and every other gay in Virginia can be fired at will any given day just for being gay (that's why I have my own firm - being openly gay makes me unemployable with ALL of the larger local law firms regardless of the winks and nods some give when they talk about "diversity"). Thus, the challenge is one of convincing LGBT teens that it's worth sticking around in spite of the burdens. It's not an easy task given a teenagers short "long view" when a year or tow may be viewed as an eternity. Here are highlights from Jason's piece:
*
Savage and those joining the project attempt to address the uptick or at least an alarming concentration of teen suicides over their actual or perceived sexuality by reminding queer youth that high school ends and the bullying stops; you'll move to an urban gay enclave, meet the man of your dreams, and have a wonderful, sparkly, magical life. Maybe even get married, because, you know that's what all the other gays are doing.
*
I fear that the way in which people are presenting the gay narrative to these impressionable teens is this sense that their lives will inevitably improve. That's just not true. They can get better, definitely. But we have to be real and transparent about the gay community and its problems.
*
[E]ven if you're gay and have endured all kinds of unspeakable wrongs, the magical vending machine in the sky called karma doesn't actually keep a running balance of good things owed to you. You have to fight for it. Things don't always work out. They can, but you have to fight for it. You have to know what you want and be willing to fight tooth and nail for it.
*
So what are the takeaways from all this? Yes, the It Gets Better Project is a great thing. We need to be reaching out to queer youth to instill in them a sense of hope and knowledge that "there is a place for us," to quote Dan Savage's West Side Story reference. But we also have to be aware and critical of the very real problems and deficiencies the current gay community has in its inability to make that gay promise accessible to everyone who falls under the rainbow banner.
*
So does it get better? It can.
*
Life is often hard work. When one is LGBT, it seems we have to work harder at making things get better for ourselves. The big thing is to hang in there and keep on working at it. In addition to the "It Gets Better" Project, we older members of the LGBT community need to redouble our efforts to make change happen so that the younger generations have a brighter and happier future.
Posted by Michael-in-Norfolk at Tuesday, October 05, 2010