DADT and the Perpetuation of Homophobia 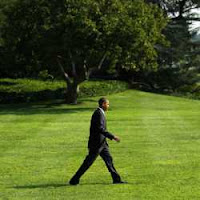 I have long viewed DADT as part of the anti-gay Christian plan to keep LGBT Americans inferior under the nation's laws. The strategy is to have laws like DADT in place and to block non-discrimination laws like ENDA so that the homophobic Christianists can point to the laws as validation that gays are inferior and, therefore, worthy of abuse and discrimination. Military readiness has nothing to do with the real reason for DADT and as the court found in Log Cabin Republicans v. United States, DADT actually harms military readiness. Not that the Elaine Donnellys and other anti-gay religious extremists actually give a damn about the military. It's all about keeping gay Americans inferior, And every politician who buys into supporting DADT or who fails to uses his/her position to end DADT discharges is part of the problem - and bears responsibility ultimately for gay suicides. And yes, I AM talking about the President of the United States when I say this. For his refusal to issue and executive order which would send a strong message against homophobia, Obama bears some degree indirect responsibility for the recent gay teen suicides. An op-ed in the Westport Patch connects these dots:
*
"Don't ask, don't tell comes up regularly in our discussions," says Westporter Dan Woog, co-founder of OutSpoken, a Fairfield County LGBT (lesbian, gay, bisexual, trangendered) youth group in existence for the past 15 years. It's based in Norwalk.
*
"We have few numbers of kids wanting to serve in the military, but in Fairfield County that's not always considered an option," says Woog. "But, what does come up is a sense of unfairness. They ask 'if I want to serve my country- and I'm smart, committed and with the skills that the military is looking, for why can't I?' These kids have grown up in an environment in which being gay is pretty good and they know they have many doors open to them in business, education, athletics and they can't understand why the military is so behind the times."
*
Homophobia is a vast social problem that is being validated and perpetuated by the U.S. government's DADT policy."
*
"It goes deeper than being able to 'serve openly' and by Congress not overturning this law they are nourishing homophobia and are unconstitutionally supporting LGBT service members continued exposure to disproportionate amounts of violence, hate speech, harassment, and threats by individuals and their branches of service," she says.
*
"As a veteran it deeply disturbs me that a policy that was proven by the judicial department to be unconstitutional was not overturned by Congress, sending the message to all service members that you are expected to serve in order to uphold the rights and freedoms of every American citizen but your own," says McGuffie. "How I handled DADT is literally not asking or telling; virtually being silent. My experience with the policy was an overall negative one that caused me to harbor a great deal of resentment that built up into internalized homophobia."
*
Will Obama do something, or will he continue to have blood on his hands?
Posted by Michael-in-Norfolk at Friday, October 08, 2010