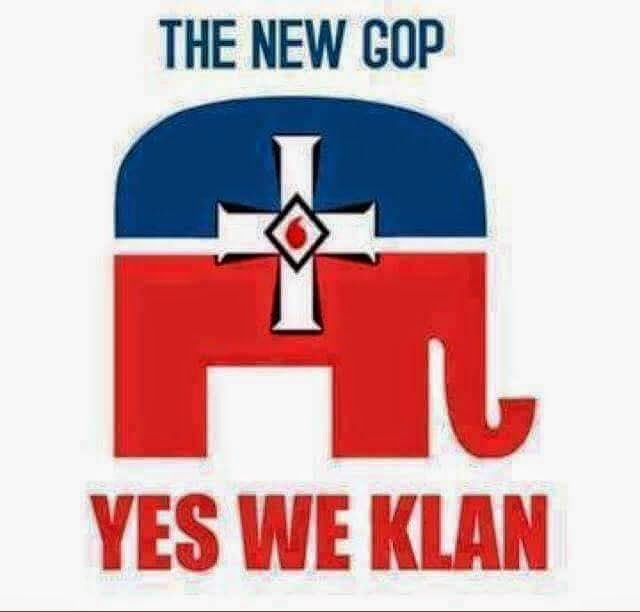 Some in the GOP ranks seemingly never cease in their quest to attack immigrants and find ways to deport Hispanics in particular.  How this will help any GOP presidential candidate win votes outside of the shrinking angry white base of party is mind numbing.  But then again, much of the agenda of today's GOP is mind numbing and down right ugly.  The latest target of GOP hate: removing a provision of the 14th Amendment that grants citizenship to anyone born on American soil. One would have to be blind not to see that the motivation behind the effort is to revoke the citizenship of children of undocumented immigrants born in America which furthers the white supremacist demands of much of the GOP base.  The Washington Post looks at the effort.  Here are highlights:

The Civil War era’s 14th Amendment, granting automatic citizenship to any baby born on American soil, is a proud achievement of the Party of Lincoln. But now House Republicans are talking about abolishing birthright citizenship.

A House Judiciary subcommittee took up the question Wednesday afternoon, prompted by legislation sponsored by Rep. Steve King (R-Iowa) and 22 other lawmakers that, after nearly 150 years, would end automatic citizenship.

It’s no small task to undo a principle, enshrined in the Constitution and upheld by the Supreme Court, that defines the United States as a nation of immigrants. It’s particularly audacious that House Republicans would undo a century and a half of precedent without amending the Constitution but merely by passing a law to reinterpret the 14th Amendment’s wording in a way that will stop the scourge of “anchor babies” and “birth tourism.”

Judiciary Committee Republicans . . . .  had to search far and wide for people who would take this view, because they ended up with a bizarre witness: an octogenarian professor from the University of Texas named Lino Graglia.

This would be the Lino Graglia who caused a furor in 1997 when he said that Latinos and African Americans are “not academically competitive with whites” and come from a “culture that seems not to encourage achievement.” He also said at the time that “I don’t know that it’s good for whites to be with the lower classes.”

And this is the very same Lino Graglia whose nomination for a federal judgeship in the 1980s fell apart amid allegations that he had urged Austin residents to defy a court-ordered busing plan and had used the racist word “pickaninny” in the classroom.

Abolishing automatic citizenship for babies born on American soil, and having Graglia make the case, probably won’t help Republicans overcome their problems with minorities, who are gradually becoming the majority.

Democrats, by happenstance, presented a sharp contrast to the GOP effort Wednesday: Sens. Elizabeth Warren (Mass.) and Sherrod Brown (Ohio) and others met at Washington’s Carnegie Library with a coalition including immigration and civil rights advocates to launch a new jobs campaign, “Putting Families First.”

Rep. Luis Gutierrez (D-Ill.) read aloud some of Graglia’s other comments about minorities. . . . . . The congressman asked that Graglia’s past statements be entered into the record. But Rep. Lamar Smith (R-Tex.) complained that the line of inquiry was “a non-germane subject for this hearing.”

The GOP seems hell bent to continue on a path of slow political suicide.

That would, of course, be after seeking a visa to re-enter America after being deported for being here illegally.

This would also put the kibosh on the career of the Canadian jingoist hoping to be the Republiscum candidate for the Presidency.