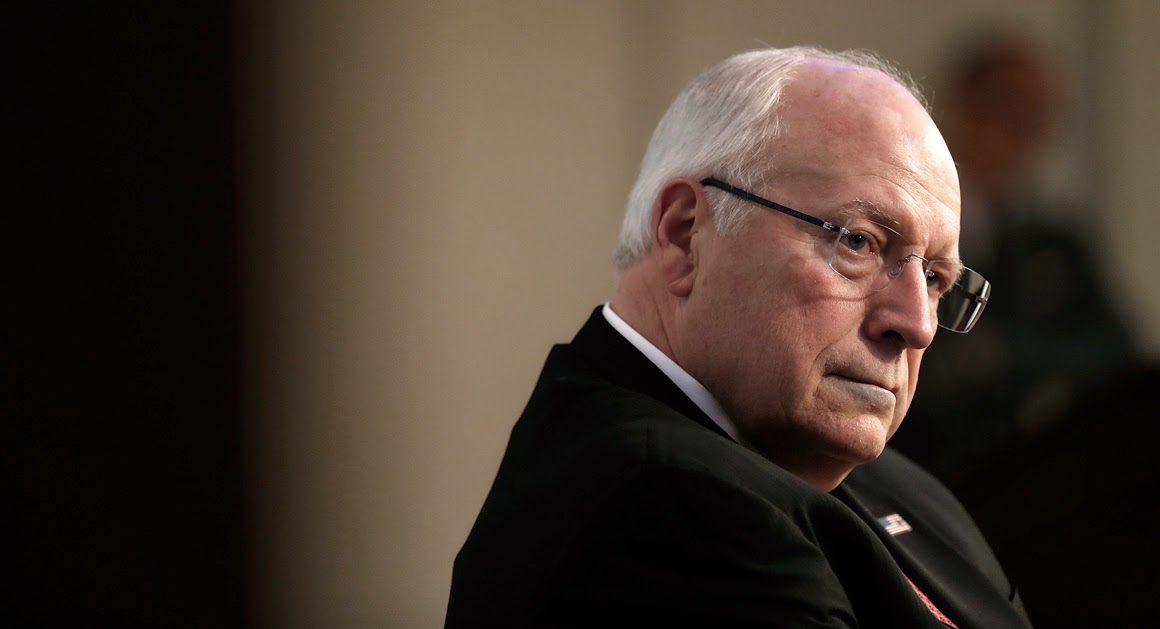 George W. Bush and Dick Cheney find themselves unable to travel outside of the United States for fear of arrest and prosecution for war crimes, yet sadly they have been given de facto amnesty in this country for conduct that violated the Geneva Conventions and other treaties which in former years led to prosecutions and even death penalties.  The New York Times argued that prosecutions are need to safeguard against future horrors.  I agree 100% and the editorial deserves another reading, especially in light of GOP sabre rattling over Iran and the fact that Jeb Bush is surrounding himself with the same failed adviser his brother used.  Until America prosecutes its own war criminals, we can expect to have no moral standing in the world. Here are editorial highlights:

Since the day President Obama took office, he has failed to bring to justice anyone responsible for the torture of terrorism suspects — an official government program conceived and carried out in the years after the attacks of Sept. 11, 2001.

He did allow his Justice Department to investigate the C.I.A.'s destruction of videotapes of torture sessions and those who may have gone beyond the torture techniques authorized by President George W. Bush. But the investigation did not lead to any charges being filed, or even any accounting of why they were not filed.

Mr. Obama has said multiple times that “we need to look forward as opposed to looking backwards,” as though the two were incompatible. They are not. The nation cannot move forward in any meaningful way without coming to terms, legally and morally, with the abhorrent acts that were authorized, given a false patina of legality, and committed by American men and women from the highest levels of government on down.

[T]he 524-page executive summary of the Senate Intelligence Committee’s report erases any lingering doubt about their depravity and illegality: In addition to new revelations of sadistic tactics like “rectal feeding,” scores of detainees were waterboarded, hung by their wrists, confined in coffins, sleep-deprived, threatened with death or brutally beaten. In November 2002, one detainee who was chained to a concrete floor died of “suspected hypothermia.”

These are, simply, crimes. They are prohibited by federal law, which defines torture as the intentional infliction of “severe physical or mental pain or suffering.” They are also banned by the Convention Against Torture, the international treaty that the United States ratified in 1994 and that requires prosecution of any acts of torture.

No amount of legal pretzel logic can justify the behavior detailed in the report. Indeed, it is impossible to read it and conclude that no one can be held accountable. At the very least, Mr. Obama needs to authorize a full and independent criminal investigation.

[A]ny credible investigation should include former Vice President Dick Cheney; Mr. Cheney’s chief of staff, David Addington; the former C.I.A. director George Tenet; and John Yoo and Jay Bybee, the Office of Legal Counsel lawyers who drafted what became known as the torture memos. There are many more names that could be considered, including Jose Rodriguez Jr., the C.I.A. official who ordered the destruction of the videotapes; the psychologists who devised the torture regimen; and the C.I.A. employees who carried out that regimen.

One would expect Republicans who have gone hoarse braying about Mr. Obama’s executive overreach to be the first to demand accountability, but with one notable exception, Senator John McCain, they have either fallen silent or actively defended the indefensible.

Starting a criminal investigation is not about payback; it is about ensuring that this never happens again and regaining the moral credibility to rebuke torture by other governments. Because of the Senate’s report, we now know the distance officials in the executive branch went to rationalize, and conceal, the crimes they wanted to commit. The question is whether the nation will stand by and allow the perpetrators of torture to have perpetual immunity for their actions.