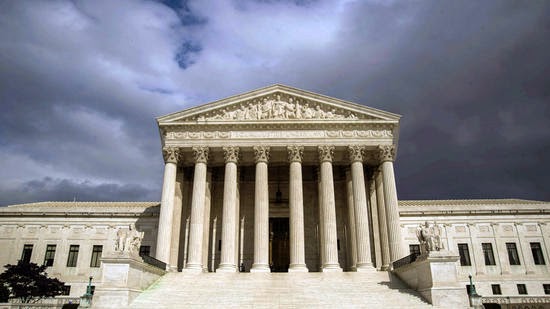 The hysteria of the Christofascists - and their display of outright insanity - is escalating on the eve of the Supreme Court's oral argument hearings tomorrow.  The batshitery is ranging from threats of a Christofascist uprising if the Court strikes down marriage bans nation wide, to false claims that pastors would be forced to marry same sex couples, to spittle flecked shrieks that Christianity will be outlawed.  Those stirring the agitation seemingly want to squeeze every last possible penny out of the sheeple so as to live the good life as long as possible, yet one has to wonder what rock their followers are living under if they believe the palpable lie.  Right Wing Watch looks at the lunacy.  Here are excerpts:

Now, as even many conservative pundits are predicting that the Supreme Court will strike down the remaining state bans on same-sex marriage, Religious Right leaders are preparing their response.

In a conference call with other movement figures, Dobson was steadfast in his opposition. If the Supreme Court strikes down the state bans and states across the country fail to convene “a state constitutional convention to re-examine the Constitution” on marriage, Dobson warned, “we’re going to see a general collapse in the next decade or two.”

Worse, Dobson said, there could be a war: “Talk about a Civil War, we could have another one over this.”

In a press conference today in front of the Supreme Court, Faith 2 Action’s Janet Porter gathered a who’s who of radical anti-gay activists and “ex-gays” to deliver “restraining orders” to the Supreme Court demanding that the justices not hear arguments on the constitutionality of same-sex marriage bans.

The activists, including Scott Lively, Peter LaBarbera and Bill Owens, also announced that they were filing a motion asking Justices Ruth Bader Ginsburg and Elena Kagan to recuse themselves from the case because they, in Lively’s words, “deliberately officiated at so-called homosexual wedding ceremonies.”

Greg Quinlan, an “ex-gay” activist, echoed the Family Research Council’s Tony Perkins , saying a Supreme Court decision in favor of marriage equality “will bring open season on Torah Jews and biblical Christians, and it will definitely bring open season on those of us who left homosexuality.”

Steven Hotze of Conservative Republicans of Texas, a Roy Moore acolyte who has been advocating for a bill in his state barring the use of funds to issue marriage licenses to gay and lesbian couples if the state’s marriage ban is struck down, declared that gay marriage is “not a marriage, it’s a mirage, because it’s counterfeit, it’s a lie, it’s untrue.”

A decision in favor of marriage equality, he warned, “would force individuals to have to condone, accept, even celebrate sexual immorality among certain elements of the population and teach it to the children.”   “It would criminalize Christianity,” he added. “The pastors would be forced to have to marry those of the same-sex.”