Is Corporate America About to Kick Social Conservatives to the Curb? 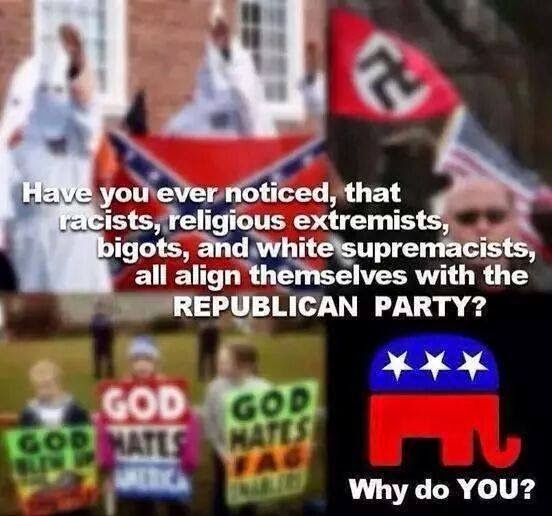 Louisiana Gov. Bobby Jindal’s op-ed in the New York Times marks the whimpering end of an unholy alliance. The letter itself was a ham-handed attempt to capture the 2016 evangelical vote before Sen. Ted Cruz does. But the very crudity of his piece revealed that the union at the heart of Movement Conservatism is ripping apart.

But Jindal’s hyperbolic posturing as he warns “any corporation” “bullying” social conservatives into accepting same-sex marriage to “Save your breath,” reveals a touchstone moment: This grand alliance is over.

[I]ts stability depended on convincing evangelicals and social conservatives that slashing taxes and destroying business regulation served their social ends. Since 1980, those economic policies have concentrated wealth upward and left values voters with less and less. Rumblings of discontent have disturbed the coalition as real wages have stagnated and tax burdens have shifted down the ladder. Movement Conservatives continued to be able to rally support from evangelicals as they limited women’s reproductive choices and attacked minorities and immigrants as lazy criminals, but their power has slipped as the programs they slash increasingly harm values voters. Same-sex marriage marks the beginning of the divorce. Big business Movement Conservatives were happy to pay lip service to right-wing populism so long as it kept Republicans in power. But supporting it now will do the opposite, as most Americans swing behind non-discrimination.

Jindal’s op-ed offers Republicans a great opportunity. It employs the same rhetorical techniques Buckley did in 1951 — turning the popular majority in favor of equal rights into “the radical left,” for example — but now those techniques seem transparently, almost laughably, disingenuous. Seeing such a caricature of the bargain that made Movement Conservatism succeed could create the magical moment in which the party finally rejects the devil’s bargain it struck in the 1950s.