Bad News for the GOP: The Rise of Mixed Race Families 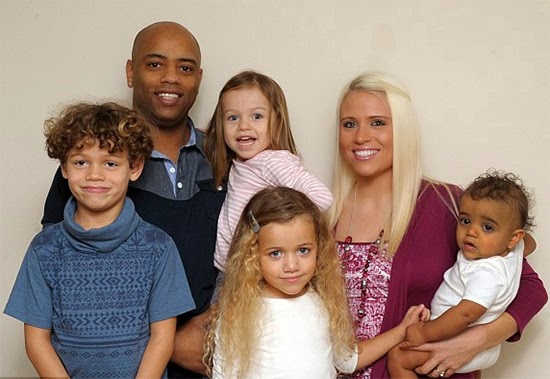 Two of the pillars of today's Republican Party are overt racism against non-whites and religious extremism even as mixed race families are increasing rapidly and more and more Americans join the "None" category with no religious affiliation.  The long term implications, when added to the growing minority population, are a slow political suicide.  A piece in The Daily Beast looks at the rise of mixed race families and children which make overt racism increasingly toxic with the larger public outside of the shrinking and delusional GOP base.  Here are excerpts:

And while a majority of Americans may not be in interracial relationships, a large number of Americans are now either related to someone or know someone who is in one or has been in one. Furthermore, mixed race children are the fastest growing population in the country. Someone who once may have been less evolved on race relations could very well now have a grandchild, niece, nephew, or godchild who is of mixed race, which will likely spark an evolution of some sort. That evolution can be seen in Gallup’s tracking of national attitudes on interracial relationships. In 1958 4 percent of Americans approved of such couples. By 1997 half of Americans approved, and by 2012 the number was 87 percent, a steady year-to-year increase in the years since the Obama presidency began.

[H]ighlighting the new America doesn’t generate the clicks or the TV ratings that highlighting people spewing angry, racially charged rhetoric does. So the story has become “America is divided by race,” and though that doesn’t represent most Americans’ day-to-day experiences, some of us are buying into the media’s toxic narrative. . . . . here’s a piece of advice: Turn your TV off.

The evolution of gay rights suggest that familiarity is the wooden stake for intolerance.  As interracial families grow in numbers - both the husband and I have relatives in mixed race marriages - acceptance and an unwillingness to listen to racist political dog whistle signals will drop.  Has anyone in the GOP thought through the long term implications?  It seems the answer is no as white supremacists' role in the GOP grows.  Just look at the new House majority whip if you don't believe this point.
Posted by Michael-in-Norfolk at Tuesday, December 30, 2014