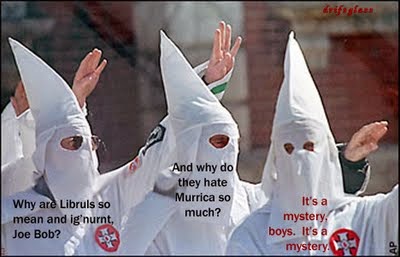 Republicans will not take control of Congress until later next month but find themselves frantically doing damage control in the wake of the admission the House majority whip, Steve Scalise spoke at a Neo-nazi, white supremacy convention, and the resignation of Michael Grimm, a New York member of Congress convicted of felony tax evasion.  Scalise's excuse that he did not know the nature of the group he addressed defies belief and, if true, indicates that the man is too stupid to be in Congress much less majority whip.  As for Grimm, his conduct is all to familiar to Virginians who await the sentencing of former Governor Bob McDonnell.  A piece in the Washington Post looks at the GOP's damage control efforts - Note Boehner has not pushed Scalise to resign, apparently out of fear of alienating the white supremacist base in the GOP.  Here are highlights:

Republican leaders moved forcefully on Tuesday to control the damage from a pair of scandals that have suddenly disrupted the party as it prepares to take full control on Capitol Hill.

Some Republicans praised Boehner for his actions, expressing their eagerness to start the new Congress in a position of strength to fully exploit their gains in the midterm elections. But others worried about the potential political fallout from a fresh racial controversy for a party eager to show its broadening appeal to minorities ahead of the 2016 presidential election.

John Weaver, a GOP consultant who advised the presidential campaigns of Sen. John McCain (R-Ariz.), said in an e-mail that Scalise “cannot serve in leadership in our party as we’re in the process of trying to show the American people we can handle the burden of governing, especially in a country so divided across all demographic lines.”

The twin controversies could also derail the carefully laid plans of Boehner and the incoming Senate majority leader, Mitch McConnell (R-Ky.), to shape the party’s message and Washington’s political agenda in the coming weeks. . . . . A controversy involving race could complicate Republican bargaining power.

In a flurry of phone calls late Monday into Tuesday, Scalise reassured his colleagues that he had been oblivious to the racist and anti-Semitic associations of the group when he addressed it in 2002 as a state legislator.

Grimm’s announcement that he will resign next Monday ended months of controversy for the lawmaker, a former FBI agent once considered a star GOP recruit. He left the powerful House Financial Services Committee in the spring after federal prosecutors unveiled a 20-count indictment, but he refused to resign and won reelection for a third term in November despite his troubles.

[C]onservative activists and more mainstream operatives were fretting about the Scalise controversy’s implications for the party’s image.

“It’s always a step forward and two or three steps backward with this kind of stuff. We’ve got to get beyond that,” said Michael Steele, former Maryland lieutenant governor and past chairman of the Republican National Committee.  One of his party’s most prominent black members, Steele suggested that Scalise might have to relinquish his leadership position . . . .

“How Do You Show Up at a David Duke Event and Not Know What It Is?” Erick Erickson, a widely followed radio talk-show host and conservative blogger, said in a Twitter message.

Sadly, the GOP has become a party of racists and extremists - a trend that has intensified since the Christofascists were allowed to hijack much of the party base and grassroots.  I continue to wonder when the party's racism will be made official with KKK robes handed out at the beginning of every local city and county committee.
Posted by Michael-in-Norfolk at Wednesday, December 31, 2014

Hey, how was he supposed to know it was THAT David Duke? :-)