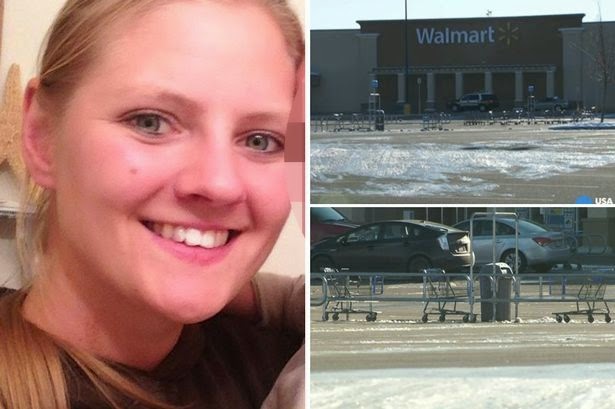 The idiocy - at least in my view - of the nation's gun laws continues despite the increased frequency of mass shootings and statistics that show that having a gun in the home increases the likelihood of gun deaths within the home.  Sadly, the NRA and idiots in the public that drink the gun manufacturers' Kool-Aid continue to bar sane and rational gun control laws and a reduction of huge number of weapons held by private citizens.  A story out of Idaho illustrates how having a gun (no doubt for "protection") can end one's life rather than save it.  Here are details from MSN News on the accidental shooting of a woman with a concealed hand gun by her two-year old child:


A 29-year-old woman described as a "beautiful, young, loving mother" was fatally shot by her 2-year-old son at a northern Idaho Wal-Mart in what authorities called a tragic accident.

The woman had a concealed weapons permit. Miller said the young boy was left in a shopping cart, reached into his mother's purse and grabbed a small-caliber handgun, which discharged one time.  Deputies who responded to the Wal-Mart found Rutledge dead, the sheriff's office said.

Hayden is a politically conservative town of about 9,000 people just north of Coeur d'Alene, in Idaho's northern panhandle.

There do not appear to be reliable national statistics about the number of accidental fatalities involving children handling guns.

In neighboring Washington state, a 3-year-old boy was seriously injured in November when he accidentally shot himself in the face in a home in Lake Stevens, about 30 miles north of Seattle.

In April, a 2-year-old boy apparently shot and killed his 11-year-old sister while they and their siblings played with a gun inside a Philadelphia home. Authorities said the gun was believed to have been brought into the home by the mother's boyfriend.

I don't mean to sound heartless, but from the news reports, seemingly, Rutledge was intelligent and not some white trash redneck, yet she apparently believed the lies and propaganda of the gun lobby - it cost her her life.  We need serious gun control and a huge reduction in the number of  guns in the hands of those obviously not responsible enough to have them in their possession.  The NRA claims another life.

Posted by Michael-in-Norfolk at Wednesday, December 31, 2014