The Imitation Game - Review and Reflections 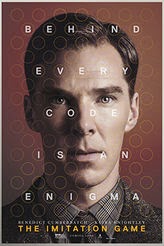 The movie, The Imitation Game, is finally showing in Hampton Roads - albeit at a small number of theaters - and the husband and I along with a number of friends saw it at the Naro Theater in Norfolk (It is also playing at the AMC theater in Hampton).  The movie is a must see and I hope that some of the praise the movie is receiving will prompt those who might not otherwise go to a movie involving anything gay to nevertheless see the movie.  Benedict Cumberbatch is amazing as Alan Turing - indeed, the entire cast does a stellar job. I won't go into movie details here - readers need to go and see the movie for themselves and encourage others to do so as well.

Turing, and his team at Bletchley Park for that matter, remains perhaps the most unsung heroes of World War II.   As the movie ends, the fact that their work is estimated to have shortened the war by two years and saved 14 million lives is noted.   Also noted is Turing's possible suicide - there remain questions about the circumstances - after his conviction for "gross indecency" following an encounter with another man. The end notes also make note that the machines that Turing pioneered are what we now know as computers. That's right, the British basically killed the father of computers.

I sincerely hope that people will see this movie.  To me, what was done to Turing after the War - and which the movie sensitively portrays - underscores the evils of ignorance embracing religious belief which seeks to punish those who don't subscribe to the cult's mythology. A mythology not supported by historic fact or objective reality.  Queen Elizabeth II recently pardoned Turing.  While that gesture rehabilitates his image, it doesn't make up for the horror done to him and so many others. Some 49,000 individuals were prosecuted under Britain's anti-gay "indecency" laws. When one multiplies that number worldwide and includes all those killed, all those whose lives were ruined (and continue to be ruined) by "godly Christians" and their opportunist political prostitutes, the toll is horrifying. 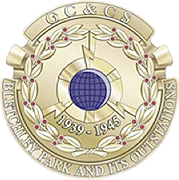