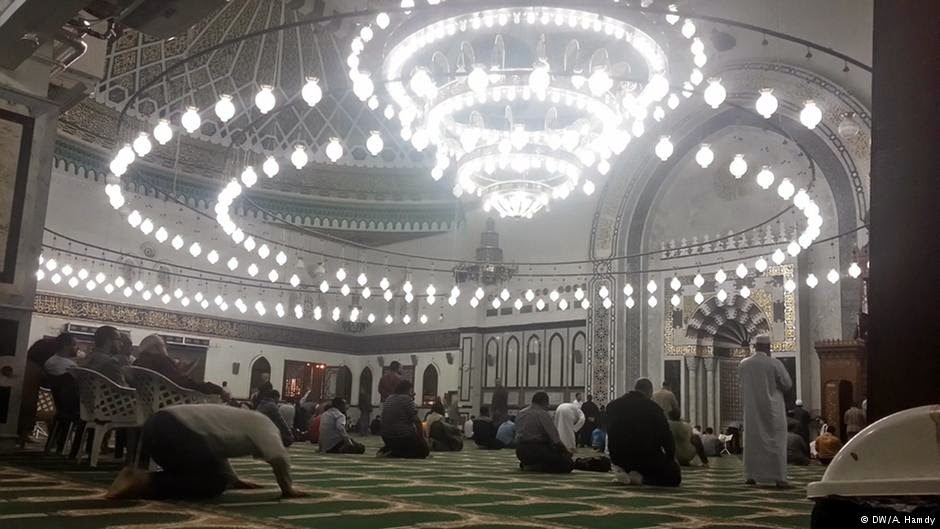 I've often said that the best friend of religion - especially fundamentalist religion - and those who make a livelihood from using religion as a means to shakedown others for money is ignorance and an uneducated populace.  Hence why Christianity in the western world is seeing a sharp decline in believers.  But Islam is experiencing its own version of growing agnosticism - something that many of the powers that be frightened because so often religion is used to manipulate the masses.  A piece in Deutsche Welle looks at the issue and the reaction in Saudi Arabia where the monarchy - despite the personal conduct of members of the royal family when out of the public eye - supports a reactionary form of Islam.  Here are article highlights:

In Egypt and other Arab states, societies are heavily influenced by religion. Even so, many people evidently regard themselves as atheists, and both governments and religious institutions see this as a threat.

[A] poll conducted in 2014 by the Al-Azhar University in Cairo. Having canvassed 6,000 young people, the university - which has a formidable reputation in Sunni Islam - came up with an atheist proportion of some 12.3 percent of the Egyptian population. That would amount to 10.7 million of 87 million Egyptians.

Appearing on state TV in October, the Sheikh of Al-Azhar, Ahmad al-Tayyib, warned that atheism was no longer a side issue - the conscious dissociation from any religion was, he said, a social problem. According to the Gulf News daily, the Egyptian Ministries of Youth and Religious Endowment both pledged to launch campaigns designed to combat this attitude.

Whether they are Muslim, Christian, or Jewish, hardly anyone in the Middle East publicly renounces religion. But the number seems to have increased in the wake of the Arab Spring in 2011, and most Arab countries have seen the emergence of atheist groups with their own Facebook pages.

The government in Saudi Arabia, which imposes a particularly strict interpretation of Islam, seems to feel especially threatened by this attitude. In spring 2014, Saudi Arabia declared that, from a legal point of view, atheism was as dangerous as religiously motivated terrorism. But in a global survey published in 2012, the Win/Gallup International research institute determined that 19 percent of Saudi Arabians rated themselves non-practising. A further five percent categorized themselves as atheists.

The strong reaction to people quietly turning their backs on religion comes as a surprise in the face of the real threat posed by radicalized islamists. In Islam, sowing seeds of discord is considered a grave sin, and someone who denies God's existence can easily come under suspicion of creating dissension among the faithful.

In most Arab countries, being an atheist is not outlawed outright, but the laws against religious defamation often leave enough leeway to take action against atheists, and such cases are recorded by human and civil rights groups again and" again. In December 2014, security forces in Cairo raided a café purportedly visited by atheists, with the authorities declaring that satanic rites had been practiced there. On its Facebook page, the "Atheist Society in Egypt" commented: "Even the Muslim Brotherhood didn't go this far when it was still in power."

While Karl Marx was very wrong on his theories of communism, it may have been right when in referring to religion, he said " It is the opium of the people.
Posted by Michael-in-Norfolk at Sunday, December 28, 2014