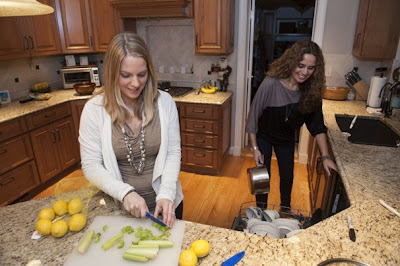 Let's be clear about one thing.  The federal Defense of Marriage Act ("DOMA") has one true purpose: discriminating against same sex married couples.  It has nothing to do with "protecting marriage" or the "sanctity of marriage" despite whatever lies and disingenuous claims that bloviating cows like Maggie Gallagher or child rapists protectors in the Catholic Church hierarchy may claim.  When enacted almost all of the testimony and posturing by politicians in Congress spoke of religious beliefs on marriage and disapproval of LGBT couples and individuals who fail to conform to Christianist religious beliefs.  Discrimination, disparate treatment and punishment of gays were and are the sole basis for DOMA.  Anyone who claims otherwise is a liar.   DOMA goes against everything the First Amendment and its promise of religious freedom and the Equal Protection Clause stand for.   While the harms experienced by legally married same sex couples - ten states now allow same sex marriage - are many, the situation of bi-national couples is perhaps the most glaringly egregious as they face the prospect of deportation because of DOMA regardless of their talents and merits.  All because of one religious based law.  In contrast, with few restrictions the U. S. citizen half of a straight married couple can immediately have his/her spouse granted permanent residency.  A piece in the Washington Post looks at the hate based bigotry that continues under DOMA.  Here are excerpts:

Kelly Costello and Fabiola Morales had a storybook wedding in the summer of 2011, with 12 bridesmaids and matching white gowns. Their fathers gave them away at a Unitarian ceremony in the District, and both extended families were on hand for dancing and champagne afterwards.

But because of a law that denies federal rights and benefits to gay spouses, the Potomac couple could soon be forced to live 4,000 miles apart. Morales, a registered nurse with two U.S. academic degrees, is a native of Peru. If she were a man, Costello could automatically sponsor her for a green card. But because they are both women, Morales could become deportable as soon as her student visa expires next year.

Morales and Costello, 30, an elementary school teacher of English as a second language, are among a growing number of binational gay couples who are caught between state laws that allow them to marry and federal laws that bar the U.S. citizen spouse from sponsoring the immigrant spouse for legal residency. Advocates estimate that more than 36,000 such couples are in the same situation. The 1996 Defense of Marriage Act, known as DOMA, defines marriage as the legal union between and man and a woman. It denies gay spouses a long list of federal benefits, including access to pension and inheritance funds after their partner dies, as well as blocking their right to immigrate through marriage.

However, 10 states and the District have moved to legalize gay marriage since DOMA was passed. As the concept of same-sex legal unions has gained more public acceptance, a legal and political movement against DOMA has grown. Lawyers for the Obama administration have found that portions of the law are unconstitutional, and federal courts in eight cases around the country have agreed.

Two weeks ago, the Supreme Court announced it would hear arguments on the law’s constitutionality this spring, based on a challenge by the American Civil Liberties Union in which Edie Windsor, a widow whose same-sex spouse died, was forced to pay $363,000 in federal estate taxes that a husband would not have had to pay.

If the high court rules in favor of Windsor, it will wipe out the same section of DOMA that denies immigration rights to gay foreign spouses.

“This law hurts same-sex couples in many ways, and immigration is one of the cruelest,” said Ian Thompson, a legal adviser at the ACLU in Washington. He noted that when DOMA became law, it was mostly symbolic, because no states allowed same-sex marriage. “Today, you have thousands of couples whose legal marriages are not recognized by the federal government,” he said. “Now the harms are tangible.”

Supposed "orginalists" like Justice Antonin Scalia - who veritably drip with anti-gay animus while pontificating against gay marriage - ignore the violence they do to the Founding Father's intent for true religious freedom.  Thomas Jefferson summed up those like Scalia and those who voted for and continue to support DOMA well in the Preamble to the Virginia Statute for Religious Freedom which remains a part of the Code of Virginia, although it is utterly ignored by the Virginia  GOP:

[A]ll attempts to influence it [religious belief] by temporal punishments or burthens, or by civil incapacitations, tend only to beget habits of hypocrisy and meanness, and are a departure from the plan of the Holy author of our religion, who being Lord both of body and mind, yet chose not to propagate it by coercions on either, as it was in his Almighty power to do, but to extend it by its influence on reason alone; that the impious presumption of legislators and rulers, civil as well as ecclesiastical, who, being themselves but fallible and uninspired men, have assumed dominion over the faith of others, setting up their own opinions and modes of thinking as the only true and infallible, and as such endeavouring to impose them on others, hath established and maintained false religions over the greatest part of the world and through all time .  .  .  .

The remainder of the stautues states in part as follows:

[N]o man shall be compelled to frequent or support any religious worship, place, or ministry whatsoever, nor shall be enforced, restrained, molested, or burthened in his body or goods, nor shall otherwise suffer, on account of his religious opinions or belief; but that all men shall be free to profess, and by argument to maintain, their opinion in matters of religion, and that the same shall in no wise diminish enlarge, or affect their civil capacities. .  .  .  .  .   the rights hereby asserted are of the natural rights of mankind, and that if any act shall be hereafter passed to repeal the present, or to narrow its operation, such act shall be an infringement of natural right.

DOMA makes a mockery of these principles.  Jefferson summed up the motivations displayed in DOMA: hypocrisy and meanness.

Posted by Michael-in-Norfolk at Sunday, December 30, 2012