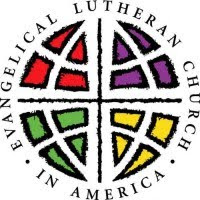 While the U.S. military and the Catholic Church continue their witch hunts against gays, the Evangelical Lutheran Church in America ("ELCA") is reinstating two ministers who had been removed from the list of rostered clergy prior to the vote of the ELCA Churchwide Assembly last August to allow partnered gay clergy. One pastor had remained at his parish as it defied the previous ELCA policy that permitted only celibate gay clergy. As I have noted before, in my opinion, the ELCA offers a wonderful opportunity for LGBT individuals who were raised Catholic to find a church home that mirrors the liturgy of the church they were raised in without being subjected to all of the anti-gay bile that is constantly disseminated by the Catholic Church hierarchy. Here are highlights from the Washington Post:
*
ATLANTA -- A gay Atlanta pastor and his partner who have been at the center of a battle over the treatment of gay clergy by the nation's largest Lutheran denomination are being reinstated to the denomination's clergy roster, church officials announced Tuesday.
*
The Rev. Bradley Schmeling and his partner, the Rev. Darin Easler, have been approved for reinstatement, the Chicago-based Evangelical Lutheran Church in America said in a news release. The approval came roughly eight months after the denomination voted to allow gays and lesbians in committed relationships to serve as clergy, and just weeks after the ELCA's church council officially revised the church's policy on gay ministers.
*
"I'm grateful that this journey has come full circle and that the church has changed its policy," Schmeling said Tuesday. "I think the church saw the gifts and the abilities of gay, lesbian, bisexual and transgender people and saw that the spirit was calling them into ministry and wanted to create a way for people to serve," he said.
*
Even though Schmeling had been removed from the ELCA clergy roster, he remained pastor at St. John's, putting the church in violation of ELCA guidelines, said the Rev. H. Julian Gordy, bishop of the ELCA Southeastern Synod. "There are people in our church that believe that pastors in publicly accountable, lifelong, monogamous, same-gender relationships should not serve as pastors in this church," Gordy said in the church statement. "But the assembly said that while we were not in agreement on this, congregations could call persons in such relationship to serve as pastors, and St. John has chosen to do this." Despite the opposition from some to the change in church policy, "I believe that we will learn to live in this new reality," Gordy said.
*
Schmeling said the reinstatement is good news for others as well. "I'm happy for the many people who always hoped to be ordained as pastors now have an open pathway before them," he said.
Posted by Michael-in-Norfolk at Wednesday, May 05, 2010