Why George Rekers and Those Like Him Deserve No Compassion 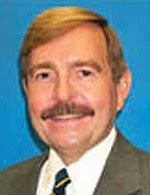 A column in Newsweek looks at the ongoing self-incurred destruction now consuming reparative therapy guru George Rekers who literally made a career disseminating anti-gay lies and harming LGBT Americans. The column goes on to ask the question of "why do people just mock and turn away?" To my view, anyone who can ask that question demonstrates a total lack of understanding of the untold damage Rekers and other self-loathing closeted gays have done/continue to do to countless individuals. The better question is how many gays chose suicide because they could not change as claimed by Rekers and his other witch doctor like cronies at NARTH (I lost two friends to suicide for this very reason)? Or maybe ask how many LGBT youths were thrown out of their homes because their parents believed the garbage that Rekers was peddling? Or, how about how many LGBT individuals have suffered miserable lives and second class citizenship because of the efforts of Rekers and his comrades who have generated faux expert testimony which has helped support anti-gay laws and homophobia in general?
*
Only after detailed answers to these questions have been answered and the true damage done by Rekers quantified is it perhaps time to ask why Rekers deserves anything more than mockery and jubilation at his self-immolation. I suspect that once the true extent of the harm Rekers has done is fully known, few would expect any compassion for the man. Rekers consciously chose to do evil against others rather than face and accept who he was. Here are some highlights from the - in my view - misguided column:
*
The delight could hardly be concealed in the coverage of Christian-right leader George Alan Rekers's 10-day European vacation with a "rent boy."
*
The liberal, gay, and mainstream blogosphere lit up in delight these past two days, especially with efforts by Rekers to control the damage. "Rekers has a new explanation for the trip," according to The Huffington Post. " 'I deliberately spend time with sinners with the loving goal to try to help them,' he said in a statement posted on Facebook." Late-night comedian Stephen Colbert applauded Rekers for "publicly condemning man love while privately being man's best friend" and joked that many of his crew had been hired from Rentboy.com's Web site.
*
But now what? So yet another antigay crusader turns out to be gay. But the typical reaction—delight at the exposure of hypocrisy—is always short-lived. "This happens again and again, but do we ever sit down and wonder why it happens?" asks LGBT media expert Cathy Renna. There is the obvious chatter—the person is full of self-hate, is ashamed, is overcompensating to hide his homosexuality. But the true effect of that overcompensation can be dire. "There is an insidious and horrible impact of internalized homophobia. I have no problem pinning someone like Rekers as the kind of person who is responsible for the suicides of young LGBT people, and he's hired a rent boy?"
*
UC Davis psychology professor Gregory Herek is a leading U.S. specialist in homophobia. "Many heterosexual people do a lot to make it clear they are not gay, such as men not touching each other, or not behaving effeminately." People who are gay, or who discover they are gay later in life, may take those actions to a deeper extreme. . . . Let's see if anyone defends Rekers.
*
I fully support the outing of individuals like Rekers. Indeed, the more of the members of the professional anti-gay set that can be exposed as frauds and liars the better. Rekers has joined a list of others who, in my opinion, received the justice they tried to deny to others. Here's a list of just a few of them: Roy Ashburn, Republican California state senator, Edward L. Schrock, Virginia Congressman, Larry Craig, senator from Idaho, Mark Foley, US Representative from Florida, Ted Haggard, televangelist, Jim West, former mayor. A column in the New Blaze correctly sums up the situation:
*
Why can't all these pro-family and vehemently anti-gay organizations like "Focus on the Family" and "Family Research Council" admit the obvious: Homosexuality is normal, and there are gays and lesbians everywhere including in Christian ministries. Rekers should do the Christian thing: Tell the truth, embrace his homosexuality, and stop demonizing gays and lesbians. . . . Homosexuality isn't a sin, but deceit, hypocrisy, and persecution of a minority are serious transgressions.
Posted by Michael-in-Norfolk at Saturday, May 08, 2010

If it wasn't enough to have the ex-gays running to his defense, to have these gay jesus freaks wanting people to show compassion is beyond disgusting.