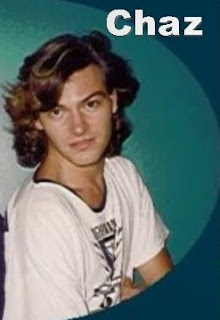 Just when George Rekers likely thought things could not get any worse, another former escort has come forward and is recounting his past sexual relations with the Baptist minister, high priest of reparative therapy, and a co-founder of Family Research Council with James Dobson. What's even more damaging for Rekers is that the latest escort (who calls himself Chaz and is pictured at left) indicates that his involvement with Rekers was some years ago. Hence, Rekers' 10 day European trip with Lucien - the companion he hired off of Rentboy.com - was apparently not some isolated incident or some recent development in terms of Rekers engaging in gay sexual situations. Indeed, this new allegation makes Rekers' behavior blow the top of the hypocrisy scale. Chaz is a blogger and talks in detail about his encounter with Rekers on his blog. Hopefully, this development will obliterate any chance that Rekers will try to somehow rehabilitate himself and continue the dissemination of anti-gay poison. Here are some highlights.
*
As many of my friend and fans know, I am a former porn star. What I haven’t discussed, at great lengths, is the occupation I used to feed myself in between video gigs. Yes, this is all in my past, but it continually pops up to haunt me, as life goes on. My most recent revelation involves a story that is becoming more prevalent, in the news. When I was young, and down and out, and in desperate need of income, I did some things that I’m not particularly proud of. I was a whore.
*
I used gay magazine ads and a beeper to generate my clientele, which consisted, mainly, of married men. I had my specific limitations, and my rules were very strict. I never kissed, sucked dick, or got fucked. No matter how poor I was, I was not about to risk getting an STD that I couldn’t afford to get rid of. Here’s the shocker. One of my clients was none other than Professor George Rekers. I had no idea, until this story broke, that this man was the anti gay activist that he is. Now that I am aware of the damage he has caused the LGBT community, I realize that it is my responsibility to set the record straight.
*
Before I describe my encounter with Rekers, in as much detail as possible, I want to make something very clear. I am not Mike Jones. I met Rekers one time only. I am not planning to write a book or do a one man show about my experience with him. I just want to clear the air and point out his hypocrisy, and that of those who are currently attempting to cover for him.
*
Rekers was very specific about the kind of service he expected for the $150 he agreed to pay me. He insisted on only safe activity, and repeatedly asked me if I was “clean”, meaning disease free. I assured him that I was. Rekers wanted a full body massage, and he wanted light, sexual contact. He referred to himself as being “very vanilla”, which I later learned means, no oral or anal. As an escort, I remembered clients like this the most because they are easy money. I fulfilled his request, and by the time I was finished, there wasn’t a single part of his body that my hands had not touched. He wanted a light tickling of his skin, just barely touching his skin, as I glided my fingers up and down his spine, all the way into his crack. He shivered with pleasure with every stroke.
*
I wasn’t in the habit of asking my clients any personal questions. I did, however, answer several questions George had for me. He was very curious to know more about my porno career, which, he had not previously been aware of. When I explained it to him, he seemed repulsed when I got into the details of the oral and anal sex scenes. I sensed that George was struggling with his sexuality, but I had no idea that he was a monster, until now.
Posted by Michael-in-Norfolk at Saturday, May 08, 2010