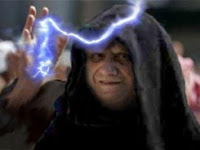 As the Roman Catholic Church continues to meddle in secular politics and strip LGBT Americans of civil legal rights, the rot at the heart of the institutional Church continues to show itself in ongoing sexual abuse claims ranging from Ireland to the USA to Australia. It is indeed a worldwide phenomenon that helps further prove that the policy of lies, obstruction of justice and callousness towards victims was in deed systemic. Why any politicians listen to the whining of Church hierarchy is dumbfounding. Instead they ought to be seeking criminal prosecutions against bishops and cardinals - and yes the current Pope. Perhaps it is a bit of divine justice that focus seems to be turning a bit back to the Church's despicable conduct. The false "men of God"truly need to be exposed for what they really are: arrogant, corrupt, amoral monsters who put money and having their wide asses kissed ahead of all else. Here are some highlights from a new Washington Post story:
*
SPOKANE, Wash. -- More than 500 people in the Northwest filed claims against the Oregon Province of the Society of Jesus in advance of a November deadline, alleging members of the Catholic order sexually abused them as children. The Spokesman-Review in Spokane reports the claims against the Jesuits span decades and range from Native Alaskan children to students at Spokane's Gonzaga Preparatory School.
*
The Spokesman-Review has these further details:
*
The Jesuits already have settled 200 additional sex-abuse claims. Among them were claims by 110 Alaska Natives, who settled for $50 million last year. About $45 million of that was paid by insurers. The Jesuits claim to have so far spent about $25 million – depleting the treasury of the province. In bankruptcy documents the Jesuits claim to have $4.8 million in assets and liabilities of $61.8 million.
*
Yet many of the 500 alleged victims left to seek payouts in Bankruptcy Court assert the province remains a wealthy organization that misstated its financial standing in Bankruptcy Court records. They contend the Jesuits control and own Gonzaga University, Gonzaga Preparatory School, Seattle University and other schools and properties.
*
The university steadfastly denies any liability for the actions of Jesuits who sexually abused children, including former university president John P. Leary, who sexually abused boys until Spokane police gave him a 24-hour ultimatum in 1969 to leave town or face arrest. Leary fled, and the Jesuit hierarchy relocated him.
*
Again, why does anyone listen to these pillars of deceit and corruption? Politicians ought to respond to the Church's whining by repeatedly bringing up the sex abuse scandal. Or better yet, launching a federal investigation into the Church in the USA.
Posted by Michael-in-Norfolk at Monday, December 07, 2009