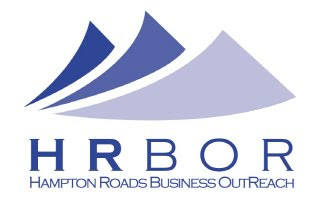 The last HRBOR business networking event of 2009 is tomorrow at the Generic Theater at the Scope/Chrysler Hall complex in downtown Norfolk. HRBOR events are great ways to market your business and to met LGBT and LGBT friendly professionals and business owners. I and Christianna Flynn first dreamed up the concept of HRBOR in August-December, 2006, with our first called meeting on December 13, 2006. HRBOR's formal launch occured in May, 2007, at the Town Point Club in Norfolk. Since that time, there has been a networking event every month hosted by one or more of HRBOR's members. I hope local readers - both gay and straight - will make a point to attend. More details on tomorrows event are as follows:

For over 25 years, Generic Theater has been producing innovative plays you won't see anywhere else. We're excited about our new performance space! Every time you see a play the seating configuration may change, allowing directors, designers and actors exciting new choices.

A Tuna Christmas
Jaston Williams, Joe Sears & Ed Howard
Directed by: Christopher Bernhardt
Play Start Time: 7:30 PM
(discounted Tickets for members, family and guests for $5 through HRBOR)
(tickets normally $15 each)
HRBOR's mission statement reads as follows: Hampton Roads Business OutReach (HRBOR) is a broad based coalition of LGBT owned and LGBT supportive businesses and professionals dedicated to the development, growth and advocacy of Hampton Roads and its LGBT community. By promoting an environment in which diversity can flourish, HRBOR is committed to the economic growth and prosperity of our members and our community.
Posted by Michael-in-Norfolk at Wednesday, December 09, 2009