America Crumbles As We Continue the Bush/Cheney Fools Errand 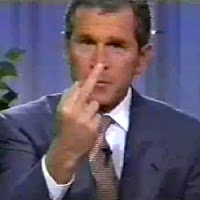 The New York Times is reporting that millions of Americans aresubjected to dirty water that violtes safety regualations. Indeed, 20% of Americans have been exposed to such contaminated water. Regulations go unenforced and systems fail to be upgraded and modernized - even as billions of dollars are being thrown the rat holes known as Iraq and Afghanistan. Yet people in a sheep like manner continue to allow such misplaced priorities to continue. New bombings in Baghdad show that all of the USA's expenditures and thousands of young lives sacrificed cannot bring stability to a region that historically has known little stability and no real democracy during its thousands of years of history. A student of history would have known the debacle the USA was headed for, but the Cjimperator thought he was on a religious crusade while Emperor Palpatine Cheney saw billions to be made by Halliburton. Here are some story highlights:
*
More than 20 percent of the nation’s water treatment systems have violated key provisions of the Safe Drinking Water Act over the last five years, according to a New York Times analysis of federal data. . . . since 2004, the water provided to more than 49 million people has contained illegal concentrations of chemicals like arsenic or radioactive substances like uranium, as well as dangerous bacteria often found in sewage.
*
Regulators were informed of each of those violations as they occurred. But regulatory records show that fewer than 6 percent of the water systems that broke the law were ever fined or punished by state or federal officials, including those at the Environmental Protection Agency, which has ultimate responsibility for enforcing standards.
*
An analysis of E.P.A. data shows that Safe Drinking Water Act violations have occurred in parts of every state. In the prosperous town of Ramsey, N.J., for instance, drinking water tests since 2004 have detected illegal concentrations of arsenic, a carcinogen, and the dry cleaning solvent tetrachloroethylene, which has also been linked to cancer. In New York state, 205 water systems have broken the law by delivering tap water that contained illegal amounts of bacteria since 2004.
*
“There is significant reluctance within the E.P.A. and Justice Department to bring actions against municipalities, because there’s a view that they are often cash-strapped, and fines would ultimately be paid by local taxpayers,” said David Uhlmann, who headed the environmental crimes division at the Justice Department until 2007.
*
But scientific research indicates that as many as 19 million Americans may become ill each year due to just the parasites, viruses and bacteria in drinking water. Certain types of cancer — such as breast and prostate cancer — have risen over the past 30 years, and research indicates they are likely tied to pollutants like those found in drinking water.
Posted by Michael-in-Norfolk at Tuesday, December 08, 2009