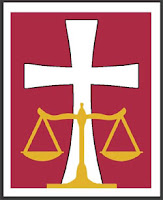 One basic concept that the Christianists refuse to grasp is that when one wants public tax derived funds - or in the case of college organizations, fees derived from all students- the right to discriminate and exclude others based on religious beliefs is waived. If you want to be a bigot and exclude gays, then don't ask for public/university funds. The targets of discrimination should not be forced to indirectly fund their oppressors. Now, the U.S. Supreme Court has agreed to hear an appeal from a Christian student group in San Francisco at Hastings Law School which refused to admit gays and lesbians and decide whether the group's right to religious liberty and freedom of association can trump a university's ban on discrimination based on sexual orientation. Can't you hear the hue and cry of the Christianists if they were excluded and forced to fund a group that condemns and discriminates against them? The double standard truly becomes tiring. While the outcome ought to be unquestioned, given the Christianist appointed to the Supreme Court by the Chimperator, one cannot help but worry. Here are some highlights from the Baltimore Sun:
*
The University of California's Hastings College of Law says its officially recognized student groups must be open to all of its students. The law school also has a general non-discrimination policy which applies to student groups and programs. It forbids discrimination based on "race, color, religion, national origin, ancestry, disability, age, sex or sexual orientation."

Five years ago, the Hastings chapter of the Christian Legal Society was told it could not continue as a recognized student group at the law school if its officers refused to pledge to abide by the non-discrimination rule.

For its part, the leaders of the Christian student's group cited its national policy which said, "In view of the clear dictates of Scripture, unrepentant participation in and advocacy of a sexually immoral lifestyle is inconsistent with an affirmation of the Statement of Faith" demanded by the Christian Legal Society.

Because the Hastings chapter would not abide by the university's policy, it lost its recognition as an official student group. This is turn meant the campus would not pay travel costs for the group's leaders to attend national meetings. The group also lost its right to use reserved rooms for meetings and, it was excluded from some newsletters or mailings that were sent to students at the law school.

A federal judge and the U.S. 9th Circuit of Appeals rejected its claim, saying a university can enforce "an open membership rule" for student organizations without violating the Constitution. . . . After considering the appeal for weeks in their weekly closed-door conference, the justices said today they had voted to hear the appeal and to rule on whether the Constitution protects the Christian student's group right to exclude some students.
*
Religion continues to be a source of hate, evil and division and "godly Christians" seem to be the least Christian in their actions towards others of anyone.
Posted by Michael-in-Norfolk at Monday, December 07, 2009

Email ThisBlogThis!Share to TwitterShare to FacebookShare to Pinterest
Labels: false Christians, Hastings College of Law, religious based discrimination, Separation of Church and State