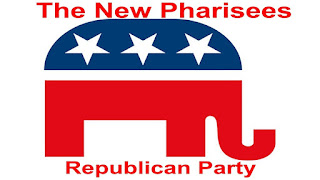 As noted in a post yesterday, Donald Trump is claiming that he'd best protect the LGBT community from those who hate us even as he panders and cuddles up the leading Christofascists groups and pastors who are on record that they favor the government executing gays.  While such batshitery may easily pass with Trump's low education, low intelligence base of support, few sane and rational members of the LGBT community are falling for such rubbish.  So what's Trump and the GOP's strategy?  A column in the New York Times in my view correctly surmises that this false message isn't for the LGBT community but rather for uninformed moderates who Trump and the GOP want to dupe into voting for the principal political enemies of the LGBT community.  The piece also runs down the most recent efforts of the GOP to strip LGBT Americans of their civil rights and/or to keep us second class citizens.  Here are column excerpts:

One of the most brazen — craven even — ploys by Republicans in the wake of the Orlando massacre has been to suggest, incredibly, that they would be better for the L.G.B.T. community than the Democrats.

“The same Republicans who have argued that gay couples should not be allowed to marry, that L.G.B.T. Americans don’t need federal anti-discrimination protections and that trans people should not use the bathroom that matches their identity are now claiming that they — not Democrats — are the party on the L.G.B.T. community’s side.”

But the L.G.B.T community is not deceived by this treachery, in which the mouth speaks of protections while the hands and heart toil away at subjugation, if not destruction.

An analysis this month by The Washington Post of state efforts to limit L.G.B.T. rights found that:

“Since 2013, legislatures have introduced 254 bills, 20 of which became law. According to data collected by the American Civil Liberties Union and analyzed by The Washington Post, the number of bills introduced has increased steadily each year. In the first half of 2016 alone, 87 bills that could limit L.G.B.T. rights have been introduced, a steep increase from previous years.”

It is no wonder then that in a May opinion piece, Gallup’s Frank Newport pointed out that just 18 percent of those who identify as L.G.B.T. held a favorable opinion of Trump.

These vacuous appeals fly in the face of facts and are simultaneously laughable and infuriating.

Then it occurred to me that these weren’t appeals to the L.G.B.T. community at all. This wasn’t a way of peeling off the rainbow contingent from liberals’ rainbow coalition, but instead a way of making Republicans and amenable independents feel good about supporting the party’s schismatic policies. This was a way to salvage nobility for the homophobic, to say that there are factional benefits for tribalism, that liberalism itself is flawed because you can’t house the wolves with the rabbits.

But this too shall fail.

Republicans want us to forget that, according to the former George W. Bush campaign manager and Republican National Committee chairman Ken Mehlman (who has since come out himself as gay), Republicans like Karl Rove have used anti-gay marriage amendments in crucial states to help draw homophobes to the polls and benefit Republicans.

Maybe Republicans want us to forget that, as ThinkProgress reported in December:

“Six of the Republican candidates vying for the presidency have signed a pledge promising to support legislation during their first 100 days in the White House that would use the guise of “religious liberty” to give individuals and businesses the right to openly discriminate against L.G.B.T. people.”

They want us to forget that although people of all political stripes have evolved on the issue of gay equality — including Barack Obama and Hillary Clinton —Republicans are the trailing edge of that evolution.

No amount of the exploitation of fear and the revising of history is going to change what we know about the Republican Party and their continued abysmal record on gay rights.